''Early booking of Turkey has surpassed all expectations''

A revival is being observed on the market of the tourism industry. It is associated with the early sale of tours to Turkey: at the moment, a number of reservations is exceeding all expectations. This gives hope that in 2017 the market after several years of decline will finally show a growth. They expect a growth of tourists to Kazan, new piers in Bolgar and Sviyazhsk opened in 2016 should contribute. The industry representatives discussed what problems the tourists and the representatives of the tourism industry are facing, as well as what the experts expect in 2017 at a business brunch of Realnoe Vremya.

Turkey is breaking the records

According to the director of the company Master Tour Gulnara Khusainova, 2016 has been one of the most difficult ones for the tourism industry for the last 10 years. Despite the fact that at the end of May the situation began to improve. The New year turned out to be successful for the market players. During the holidays, the southern resorts were sold well, including ski resorts. Overall, according to her estimates, even there is an increase compared to 2015, it is insignificant.

''We can assume that we have reached some kind of bottom because from the trends that appear for this season at the schedule of trips and ships it is seen that the level of sales of last year will continue,'' said deputy director of Sputnik-Trans-Service Yury Pertsev. He also reminded that a decline was 50% in 2015 compared to 2014.

However, not everyone agreed with such forecast, assuming that 2017 promises more prospects: after the opening of the Turkish destination, the Association of Tour Operators of Russia (ATOR) recorded an unprecedented boom in this destination. ''Early booking of Turkey has surpassed all our expectations,'' confirmed the president of the Association of Tourist Agencies of the Republic of Tatarstan, director general of Persona Grata Ramil Miftakhov. According to him, every day they serve two or three applications to Turkey. The interest of tourists to this much-beloved by the Russians resort is also promoted by large discounts including for expensive hotels for early booking, the prices are dropping to 40% or by 100.000 rubles. 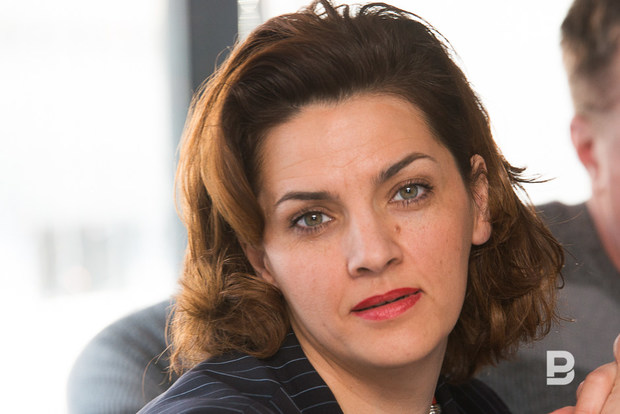 In the Republic, there are not enough tour buses, says Natalia Abramovich


Turkey will take away tourists primarily from Tunisia. Miftakhov noted that due to Turkey the direction grew by 1200% last year: about a half million Russian tourists went there. For example, in 2014, they were about 47.000 people. The opening of the resorts with all inclusive will also affect the Greece destination, which will desperately reduce prices to Turkish level, as well as to Bulgaria and Crimea. ''Basically, a ''flow'' of tourists will go, of course, from Crimea,'' believes Leonid Press, director general of the company STEN.

According to Director General of the Tourist information centre of Kazan Natalia Abramovich, the opening of the Turkey will also affect the domestic market: rather than to travel across Russia, people began to save enough money to go to the Turkish coasts again.

Should Tatarstan be afraid of Chinese?

The capital of the Republic will have a new international flight soon. On 26 April 2017, AirBaltic launches flights on the route Riga-Kazan, which, along with the routes Finnair will be the link between Tatarstan and Europe. However, the players of the business branch of Realnoe Vremya treated the new route with scepticism. ''I believe that this flight is not completely unnecessary because as a hub, it completely duplicates Helsinki. What is more, Finnair is much better than AirBaltic,'' says Leonid Press. As a consequence, in his opinion, this flight will not last long.

According to Ramil Miftakhov, he met with representatives of AirBaltic, who told him of their intentions to open the new route from Kazan. He also reminded that, for example, in Finnair they told about the fact that they lay in a new flight three unprofitable years. Accordingly, whether the Latvian airline will be able to compete, depends on if they have enough resources to do that.

On the contrary, the players of the business branch consider China flights promising. In particular, VIA-Avia might open a regular flight. This year, it is planned that flights from Ürümqi will be operated twice a week. If last year's route included a visit not only of Kazan, but also of St. Petersburg and Moscow, then this year it has been developed another alternative route that will allow to leave the Chinese tourists in Tatarstan.

''Since the frequency of flights this year is planned twice a week, there are those who will go for four days. They will remain in Tatarstan,'' said Miftakhov. According to him, in Tatarstan, they feel very comfortable and they love Tatar cuisine. But for them it is important to at least once a day they eat Chinese food.''

At the same time, Kazan has prepared to receive Chinese tourists: one hotel received the certificate of China friendly, which implies a program to create a comfortable environment for the Chinese. This year, there are negotiations with three other hotels, which will welcome guests from China. Specially for them in these places of accommodation they will prepare Chinese food. According to Miftakhov, in Tatarstan, Chinese feel very comfortable and they love Tatar cuisine

Market players of the tourist's industry are afraid that by receiving a large number of Chinese tourists the region will remain without a real income, and it's just not profitable for the economy. ''It is a disputable question whether we need them. Because it is a disaster in Saint Petersburg. A large number of tourists is beneficial when they bring income to the business, but in the case with Petersburg, its economy, probably, receives the income indirectly, but mostly it's all Chinese companies, who are sitting in their hotels, enjoy the services of their guides, their restaurants, everything is their own,'' said Abramovich.

''They even do not bring money to Russia. They remain there. That is, no foreign economic activity,'' continued Miftakhov. As it turned out, for example, in Saint-Petersburg now many simply refuse to work with Chinese tourists.

According to the director of the Tourist information centre of Kazan, if the same situation develops in Tatarstan it will be possible to bury the local tourism business.

With piers but without buses

A great help in the development of domestic tourism was the improvement of the water approaches to the piers, which allowed to receive multi-decked ships in Sviyazhsk. The new pier was built in Bolgar last summer.

Ramil Miftakhov said that the number of tourists in this regard has increased and, according to statistics, by the end of the year there were a lot of ships. The state Committee for Tourism is responsible for this development. Its chairman, Sergey Ivanov even purposefully went to negotiate with major shipping companies, which form the program in Nizhniy Novgorod and Samara. The reason for this is the fact the Republic does not have its own fleet.

In general, Ramil Miftakhov believes that this year, finally, the tourism industry will show a growth. By the dynamics of the internal market of the Republic, the forecasts are also positive. Natalia Abramovich believes that this year it will grow, but notes that it needs a shake-up — a change of the programs and attitudes of tour operators, as well as all those who work on this market.