One of the leading artists of the ballet troupe of the Tatar State Academic Opera and Ballet Theatre named after Musa Jalil, Oleg Ivenko, was invited to play the role of the greatest dancer of the last century Rudolf Nureyev in the film The White Crow by Ralph Fiennes, an English actor and director (this information was confirmed to Realnoe Vremya by the producer Tom Grievson). This is a kind of mysticism: Ivenko is in the troupe of the theatre, where Rudolf came, the ballet festival in Kazan is named after Nureyev.

No comments from the dancer

We failed to get comments from Oleg Ivenko himself as he signed a contract, one of the points of which is the total silence about the shooting. It is known that the casting took place, and Ivenko has been approved for one of the roles in the film.

However, Realnoe Vremya managed to reach HanWay films by phone, and the information was confirmed: Oleg Ivenko from Kazan was approved for the role of Rudolf Nureyev. The shooting starts this summer. Ralph Fiennes, better known as an actor, will be director of the film. He starred in Schindler's List, The Grand Budapest Hotel and other films. By the way, Fiennes is best known for his role of the main villain of the series about Harry Potter — Lord Voldemort.

As for Ivenko, the choice of the director is clear. Oleg is very technical, artistic, and in his appearance there are some similarities with Nureyev. Maurice Béjart once said about Rudolf that he is ''photogenic as Marilyn Monroe''. He dances the same parties that Nureyev did — Solor in La Bayadère, Basilio in Don Quixote, the Prince in The Nutcracker. 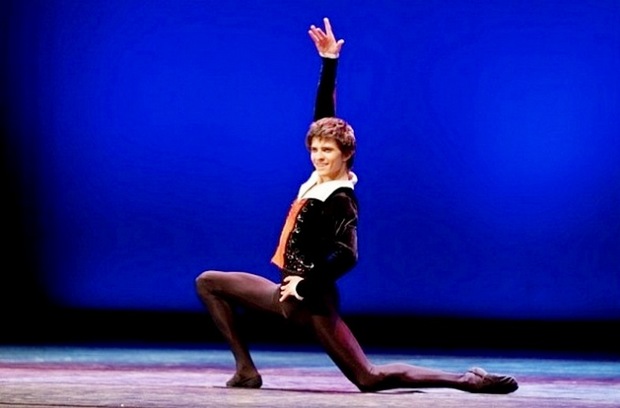 Oleg is very technical, artistic, and in his appearance there are some similarities with Nureyev. Photo: mkrf.ru

Ivenko graduated from the Kharkov Choreographic School and then the Belarusian Choreographic College. In 2010, he was accepted into the troupe of the Tatar State Academic Opera and Ballet Theatre named after Musa Jalil and soon began to dance the leading roles. He is a winner of many prestigious international ballet competitions, an honoured artist of Tatarstan.

According to some information, in the film, except Oleg Ivenko, other Russian actors will also play. It is a dancer Sergey Polunin and Chulpan Khamatova. The film's plot has not been disclosed, however, judging by the age of the leading actor, most likely, the focus will be on the episode in the airport in Paris when Nureyev decided to stay in the West and made his ''great leap to freedom''.

That day, as he later recalled, he had twenty francs in his pocket. But he ''didn't sleep much and worked a lot'' and conquered the Western theater Olympus. Margot Fonteyn helped him in this, she was his partner and the love of his life. ''She was concise, she took all the peel off me, she taught me the classics,'' he recalled later, in an interview in Kazan. It can be assumed that Chulpan Khamatova was invited to play the role of the Fonteyn. Rudolf Nureyev in a duet with Margot Fonteyn. Photo: chudesamag.ru

''If everyone went right, we went left''

The name of the film is very well chosen — The White Crow. In other words, he is a man who not like everyone else. Nureyev was exactly like that. Back in the Vaganov's school, he didn't want to follow the standard rules. Sometimes it was just even the outrageous.

''We travelled with the troupe of our theatre to GDR, we played in Soviet military units. Once we came all together out of the hotel, and all of our group turns, say, right. But Rudolph pulls me to the left and whispers, ''Do you really want to go with all of them, want to be like everyone else?''. We went left,'' recalled partner and friend of Nureyev, ballet dancer and teacher of Mariinsky Theatre Ninel Kurgapkina.

Nureyev very wisely built his life in the West. On the question of the author of these lines, if he had any nostalgia, Nureyev said, ''There is a saying ''If you want want to live in Rome, live as Romans do''. This is the best remedy for nostalgia. The communication with our emigrants, the whole gum — it is all not necessary for me.'' 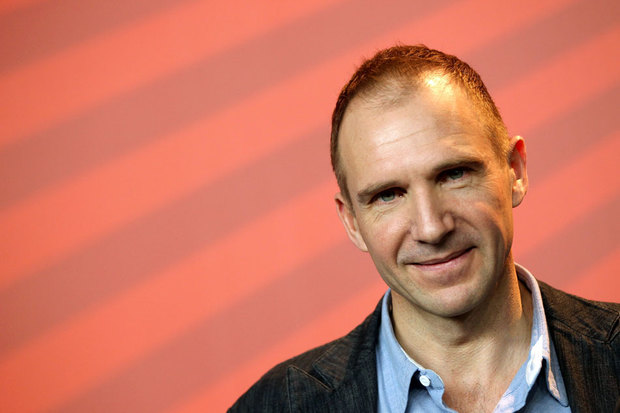 Ralph Fiennes is the director of the film. Photo: os.colta.ru

''Kazan is the native land of my mother''

Nureyev had Kazan roots. His mother was a native of Kazan, and his blood relatives still live in Kazan. Nureyev visited Kazan twice, in March and May 1992, came at the invitation and thanks to the efforts of director of the opera and ballet theatre named after Musa Jalil Raufalya Muhametzyanova. In Kazan, he was mainly cared by the Deputy Director of the Theatre Yury Larionov.

''Kazan is the birthplace of my mother,'' said Rudolf, he had extensive plans in connection with the Kazan theatre. Alas, not all of them embodied. In March 1992, Nureyev held a few rehearsals with the orchestra of the Opera house and the Tatarstan National Symphony Orchestra, at that time he had already danced and performed as a conductor.

In May, Rudolf Nureyev stood behind the control of orchestra and conducted The Nutcracker. The performance was successful, the role of Masha was played by Nadezhda Pavlova. After the performance, Nureyev took the picture with the troupe, and in conversation with Raufal Muhametzyanov graciously permitted to name then still nameless festival of classical ballet after him. In March 1992, Nureyev held a few rehearsals with the orchestra of the Opera house and the Tatarstan National Symphony Orchestra, at that time he had already danced and performed as a conductor. Photo: kazan-opera.ru

He had another performance in Kazan. With the Tatarstan National Symphony Orchestra, he conducted the symphonic poem by Tchaikovsky Romeo and Juliet. He was planning to stage La Bayadère in Kazan for the next season. He staged La bayadère in October 1992 at the Opéra Garnier, and that was his last performance in his life. On January 6, 1993, Rudolf Nureyev passed away.