Turkish Consul General in Kazan: “The main thing is that Russian citizens come to us healthy”

The Hagia Sophia Mosque will be preserved as a museum

The Hagia Sophia Mosque in Istanbul, built during the Byzantine era as the Church of Hagia Sophia, will retain the functions of a museum. This was told to the correspondent of Realnoe Vremya by the Consul General of the Republic of Turkey in Kazan Ismet Erikan. The conversation took place on 15 July at the Consulate General of the country in the capital of Tatarstan after an official ceremony dedicated to Day of Democracy and National Unity.

“Hagia Sophia became a mosque after the conquest of Constantinople. In 1934, as we know, this temple was turned into a museum. When the mosque had the status of a museum, tourists were charged for visiting the site. Now when the temple has regained its status as a mosque, no payment will be charged to visitors. We understand the significance of Hagia Sophia in history. We will continue to preserve this legacy and pass it on to the next generations," Erikan said.

Last week, the Turkish parliament annulled the decision of 1934 on the museum status of the cathedral. Thus, it became a mosque again. President Recep Tayyip Erdoğan said that the first Muslim services in the cathedral are expected to be held on July 24. This has caused concern among representatives of scientific, museum, historical, religious and political circles around the world. However, the president said that he was not going to take into account the opinions of other countries, in this matter he is guided by the desire of his people.

When asked by our journalist when it would be possible to perform namaz in this mosque, the diplomat found it difficult to answer.

“There are other temples opposite — Sultan Ahmed Mosque, Blue Mosque, which are also open to tourists. In Paris, there is the Notre-Dame de Paris, where Catholic priests hold their services, and at the same time, it is open to tourists. I don't think there will be any problems with this," Ismet Bey said.

As for Christian frescoes, icons and other images that Orthodox people care about, according to the consul general, the government is discussing the possibility of closing them only during prayers.

“Discussions are currently underway between the Turkish ministry of culture and tourism and the Directorate of Religious Affairs. As far as I understand, these frescoes will be closed only at the time of performing namaz. They will be open to visitors at other times," he said.

Besides, the correspondent of Realnoe Vremya learned the details of the resumption of air traffic between Turkey and Russia. According to Ismet Erikan, Turkish Airlines is ready to open flights between the countries at any time.

“Turkish airlines is ready to launch flights between Turkey and Russia at any time. And why there are no flights between the countries now — it's not about Turkish Airlines. Negotiations on this issue are being actively conducted in Moscow. We are waiting for the necessary approvals from the Russian capital. I hope this issue will be resolved soon. I know that many Russian citizens are looking forward to the opening of flights to visit Turkey. And we are looking forward to seeing Russians in our country," the diplomat told Realnoe Vremya.

According to him, the security measures taken in Turkey are sufficient to prevent the spread of coronavirus.

“Of course, it is important to open flights, start the tourist season, and restore economic activities, but the priority remains the health of people. We will not take any actions that may put the health of citizens of Russia, Turkey and other countries at risk," Ismet Erikan stressed.

The consul general also added that Russian citizens will not need to take with them a certificate from a doctor about the absence of COVID-19. However, it remains mandatory to wear masks in public places. Also, in many places, the temperature is measured, and the requirement to observe social distance remains. The all inclusive system in hotels will remain. Major hotels have introduced some changes: now guests do not put food at open buffet themselves but show the dish they would like to the cook, who stands behind a glass partition, and he puts the dish for the tourist.

“We understand the special situation in connection with the coronavirus pandemic. The ministry of healthcare announces the figures every day. Today, there are fewer than a thousand patients per 82 million Turkish citizens. In proportion to other countries, this is very little," he said.

“The main thing is that Russian citizens came to us healthy and returned home healthy," said Erikan.

As Realnoe Vremya already wrote, today Turkish sources have learned about the agreement between Russia and Turkey on the resumption of air traffic between the countries.

Half a month left is left before the Muslim holiday of Eid al-Adha. It is possible that the consul general will celebrate it at home and there perform the slaughter of a lamb.

“Traditionally, I perform the sacrifice in Turkey. I grew up in a village belonging to the city of Edirne. This is where I perform qurbani, or someone performs a sacrifice on my behalf, if I am being in any other place. I think there are more people who need it," Erikan told Realnoe Vremya.

As for the events that are being prepared by the Turkish diplomatic office in Tatarstan, they have not yet decided on the programme. At the same time, the consul invited the residents of Tatarstan and Bashkiria to hold a sacrifice festival in Turkey.

“All religious holidays are very important for us. We are still thinking over the programme of events, but we haven't decided yet. Nevertheless, I invite all citizens of Tatarstan and Bashkortostan to celebrate this holiday in Turkey. We hope that by this date (July 31) we will have done something. I noticed that the locals here are not tanned. We should all go to Turkey and get a tan," he advised.

Since the meeting on 15 July was dedicated to the events of four years ago, the results of which the consul general wrote in his column for Realnoe Vremya, the correspondent asked about the fate of Fethullah Gulen, whose extradition is being sought by the Turkish authorities from the United States. It is this Islamic preacher that official Ankara calls the organizer of the putsch on July 15-16, 2016, although Gulen himself denies involvement in the coup attempt. However, thousands of people who were accused of collaborating with Gulen received prison sentences.

“We have repeatedly requested the extradition of Fethullah Gulen from the American side. All the documents were handed over. But this process is always delayed. We are told that an investigation is underway and a decision should be made by the court. We expect the Americans to hand over Gulen to Turkey as quickly as possible," the consul general said.

According to Ismet Erikan, Washington has not yet given an official explanation about Gulen.

“Gulen often speaks in the international press, claiming that he is not guilty. In Turkey, the fight is not only against FETO (Fethullah Terrorist Organisation — the supporters of the Islamic preacher are called in Turkey — editor's note). Empty promises are not enough. If he considers himself innocent, let him stand trial and legally prove his innocence," the Turkish diplomat concluded. 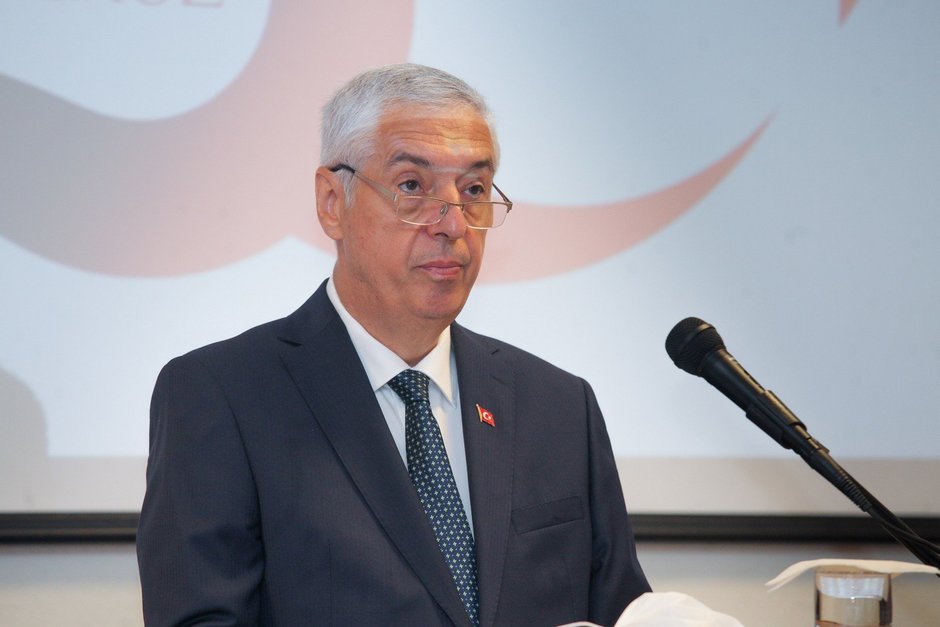