Realnoe Vremya's analytic staff follows the price for fuel in regions of Volga Federal Okrug. The rise expectedly goes on but in a more moderate way than a year earlier – within inflation and amendments to the new VAT rate. The experts we surveyed think the government's agreement with vertically integrated oil companies and independent oil and gas market players on price stabilisation last November was a deterrent.

''Oil refineries are already losing much money in the domestic market''

The agreement expires on 31 March. Vice-Premier Dmitry Kozak supervising the Fuel and Energy Complex told Vladimir Putin last November that prices would anyway have to grow from 1 January because of the rise in VAT rate: ''Prices will grow by 1,7%, they will be indexed equally from 1 February to avoid higher than forecasted average annual inflation at the end of the year.''

Last Thursday, Kozar announced the extension of the agreement for another quarter, until 1 July. Economic analyst and partner of RusEnergy consultancy Mikhail Krutikhin supposes the extension ''might give a pause until 1 July'', but it's impossible to avoid high fuel prices. The only possibility to restrain growth or even reach a reduction can be only ''a reduction in the tax burden on this fuel because the government is getting over 66% of the petrol price now.'' 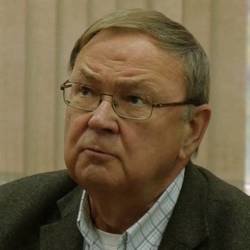 ''Oil refineries are already losing much money in the domestic market. Those who can compensate with export profits do it. But the companies that don't have a big export volume are suffering considerable losses not being able to compensate the tax burden of the government,'' Krutikhin said.

Until the second stage of the agreement expires (1 July), ''companies of the oil and gas sector will do their best to lobby either tax reduction or permission to raise prices.'' 'We'll see how this fight will end. It's sad the course for manual management of administrative methods and refusal of market regulation goes on,'' Krutikhin concluded.

''This rise is within the VAT hike''

Average market prices for RON92 and RON95 have risen by about 20 kopeks in the last quarter; the average price for the rare RON98 petrol has increased by almost 60 kopeks. Meanwhile, gas keeps falling, which began last October after a peak at 25 rubles. Gas price has fallen by another 3,1 rubles since last December and reached 20 rubles. 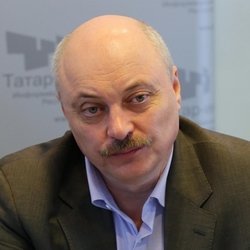 ''This rise is within the VAT hike, what the government said late last year,'' President of the Association of Oil Products Supplying Enterprises of Tatarstan Irek Suleymanov assured.

As for the sudden rise in price for the RON98 in many regions (by almost 80 kopeks), Suleymanov claimed that it's also ''insignificant'': ''Firstly, this is also within inflation and VAT. Secondly, what is RON98? Some 100 litres a day are sold throughout the republic – I even don't know who uses RON98. It's a rare product and it doesn't illustrative. RON92 and diesel fuel are the most illustrative oil products.''

''Whatever can be promised, while prices are growing''

''Diesel fuel couldn't have become higher than VAT because the adopted regulation of the government of the Russian Federation fixes prices in every region,'' Suleymanov disagreed. ''They were fixed before 31 March. They were to reach inflation, which has accumulated for the first quarter, plus, VAT.''

There is a factor of private petrol stations that, in the expert's opinion, have the right to sell oil products by 4% more expensive than petrol stations of vertically integrated oil companies. ''But who will sell for a higher price when they can sell at one level? Who will then go to independent petrol stations?'' Suleymanov concluded.

In Krutikhin's opinion, selling for a bit higher price for owners of independent petrol station chains is the only way of paying off their losses from high taxes, as they can't do it by exports like big rivals from vertically integrated oil companies can do: 'When taxes rise, a price can't stay at a previous level. They have to raise prices.''

Krutikhin doesn't see a chance of changing the trend's direction: ''Look at how long the president has been promising to restrain oil prices: he has promised to restrain prices for fuel in all his direct lines. But whatever can be promised, while prices are growing. And the end of this tendency isn't seen because the government steadily raises taxes.'' Gas price has been falling since October and has decreased by 3,1 rubles on average in the last quarter. Photo: Maksim Platonov

Gas price has been falling since October and has decreased by 3,1 rubles on average in the last quarter.

''We have gas in surplus because there is no place to sell. Industrial demand in the domestic market isn't growing, that's to say, we should be looking at the consumer in gas stations. Demand abroad is very limited, while we are producing more and more gas, discovering new fields. In a word, there is plenty of gas,'' Krutikhin commented on the price fall.

Suleymanov presupposed that the fall in gas price could be caused by a decrease in wholesale gas prices. In any case, nobody regulated the price for this type of fuel and indicated how much it must be, he added: ''Gas price is changing like the market. Those who sell probably decided to sell for a lower price. Only oil prices are fixed.''