''Kremlin is removing governors with high anti-ratings, who can provoke a protest vote''

Political analysts commented on the new wave of governors’ resignations, calling the choice of their alternates random

As predicted, on 21 March the heads of Orenburg Oblast Yury Berg and Murmansk Oblast and Marina Kovtun resigned. By decree, Vladimir Putin appointed former head of the government of Sverdlovsk Oblast Denis Pasler and Deputy Minister of Construction Andrey Chibis, respectively, as heads of these regions. Last week other three leaders — the head of Altai Republic, Kalmykia and Chelyabinsk Oblast – lost their positions. Why the Kremlin needs these resignations, how they chose the alternates and who is the next candidate for resignation — read the details in the comments of Realnoe Vremya experts.

The borders of Kazakhstan have been ''strengthened'' by Teksler and Pasler

Russia is experiencing a new cycle of ''gubernatorial shower'', announced by political experts at the beginning of last week. Over the recent several days, the heads of five regions – Chelyabinsk Oblast, Orenburg Oblast and Murmansk Oblast, the republics of Kalmykia and Altai — have resigned. Vladimir Putin appointed acting governors in these regions.

The first losing the position was Head of Chelyabinsk Oblast Boris Dubrovsky (on March 19), he was replaced by Deputy Minister of Energy of Russia Aleksey Teksler. Earlier, two other governors — Governor of Altai Alexander Berdnikov and Governor of Kalmykia Alexey Orlov – had resigned. Altai will be headed by Chairman of Glonass Non-commercial Partnership and Deputy Head of the Office of Deputy Prime Minister Maksim Akimov — Oleg Khorokhordin. Multiple champion in kickboxing, former member of the Federation Council and adviser to the head of the Federal Agency for Youth Affairs Batu Ksasikov was appointed as Acting Governor of Kalmykia.

On 21 March, Yury Berg and Marina Kovtun stepped down as the heads of Orenburg Oblast and Murmansk Oblast, respectively. Native of Severouralsk, 41-year-old businessman Denis Pasler, who in 2012-2016 was Head of the Government of Sverdlovsk Oblast, was appointed to the post of Head of Orenburg Oblast. Deputy Minister of Construction of the Russian Federation, 40-year-old native of Cheboksary Andrew Chibis occupied the chair of Kovtun. 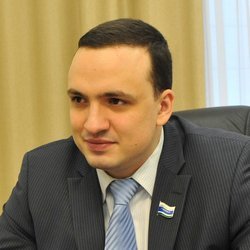 ''There is a joke in the Duma that after the resignation of Nazarbayev the borders of Kazakhstan are urgently strengthened by Teksler and Pasler,'' Russian politician and Deputy Dmitry Ionin responded to these appointments on his pages in social networks.

''The choice of alternates is random''

The heads of the regions have resigned where the elections are to be held. Let us remind that Speaker of the Federation Council Valentina Matvienko called it ''a planned process'' and predicted that ''this ''gubernatorial shower'' will be completed by mid-April.

''The Kremlin is removing governors with high anti-ratings, which can provoke a protest vote. The choice of alternators, however, is quite random. In some cases, it is dictated not by thoughts about the region or even a candidate for governor, but by the desire to free a certain seat. This happened, for example, with Teksler and Chibis. Both of them [Governors of Chelyabinsk Oblast and Murmansk Oblast Dubrovsky and Kovtun] were removed to clear seats for other people,'' political expert Abbas Gallyamov considers.

Earlier, the media reported that three to six governors could leave. Among them there were those that already resigned last week, as well as other heads of regions, such as of Volgograd Oblast and Vologda Oblast.

''The trend continues with the appointment of young technocrats. I think more resignations await us in the near future — it's all the same candidates for resignation who are in the red zone due to low ratings, such as Bocharov (Governor of Volgograd Oblast),'' political expert, president of Minchenko Consulting Communication Holding Evgeny Minchenko shared his opinion. ''In the case of Bocharov, I think those who are betting on his resignation are wrong. His political position is unlike stronger than Kovtun's, Berdnikov's or Dubrovsky's,'' added Gallyamov.

Another political expert, Head of Political Expert Group Konstantin Kalachev has a similar opinion: ''Volgograd, on the contrary, apparently, will keep the governor in the light of Bocharov's discussion with Putin. It is believed that the situation there can be changed. I think that Bocharov earned the right for one more term. The latest elections to the Volgograd City Duma were held with a low turnout, but United Russia received 52,64%, and the party was very proud of this, what is more — at the federal level. They showed that electoral controllability in the region is present. Although the attitude towards Bocharov is ambiguous, he is not very popular, but so far there is no one to replace him.''

''Experiments with the Varangians was not justified, but the system does not have collective memory''

Regarding the events of the previous week, Kalachev jokingly believes that the resigned governors will then be able to write in their memoirs that in ''the years of the Russian breakthrough, they were forced to transfer power into the hands of technocrats'':

''All these resignations were predictable because of low ratings, nobody needs risks. Everyone has a service life, and some of their's came to an end. As for replacement. We have already had experiments with the Varangians, and I think these experiments did not justify themselves. But it seems that the system does not have collective memory, and a new round has been made. If you look at the appointees, the reference to the regions where they have been sent is very conditional. For example, the person who had the minimum relation to Chelyabinsk is to head this region. Yes, he was born there, but he grew up in other region. This can offend the regions. It turns out that nothing the lands of Murmansk or Altai give birth to, they have to bring. Therefore, I have mixed attitude of the appointees.'' Political expert, Head of Institute of Regional Expertise ANO Dmitry Mikhaylichenko believes that the governor's corps in Russia is almost completely replaceable with the exception of five heads of regions — ''this is Minnikhanov, Kadyrov, Vorobyov, Dyumin and Sobyanin. The rest are not so influential, respectively, are subject to rotation'':

''It is believed that the replacement of governors, especially those who are ineffective and tired, gives a short-term positive effect. This explains the resignation of Kovtun, Berg and others. As for the new heads, I see no reason to speak of them as qualitatively different heads of the governor's corps. Especially some of them, as I have read, have quite darkest facts in the biography.''

At the same time, according to Mikhaylichenko, the appointed acting governors are considered through the prism of political transit of the government, which the events in Kazakhstan speak to, and local elites are concerned about this issue. ''Accordingly, in the light of this transit the influence will be taken by those players, those financial, industrial and oligarchic groups that control certain regions, and this resource should not be ignored,'' the expert concludes.