2014 crisis full face and in profile. Exchange offices without currency and the 'new poor'

How the country welcomed the 2014 shock and what it has after exiting the recession. Part 2

In December 2014, exchange offices in some Russian cities stopped selling currencies, and banks couldn't show the ruble's rate – it had three digits. In the next years, several millions of the ''new poor'' appeared in Russia, while the fall in citizens' income, which began, dragged for 38 months. The recession has stopped today and changed for stagnation. Realnoe Vremya tells how Russia welcomed 2014 and what it has after (Part 2).

The Federation Council approved the invasion of Russian troops to the territory of Ukraine on 1 March 2014, and on 18 March, in the Kremlin, Vladimir Putin also addressed the Federation Council and regional leaders regarding the annexation of Crimea: ''Crimea was and remains an indispensable part of Russia in people's heart, consciousness.''

The external reply didn't make wait for itself. In March-April, the USA froze assets of some Russian functionaries and managers of state companies on its territory and forbade its citizens to do business with them. In addition, dual-purpose product supplies to Russia were restricted.

The biggest companies were imposed sanctions in July 2014 – Rosneft, Vneshekonombank, Gazprombank, Novatek, Uralvagonzavod, Kalashnikov concern and others. They were denied access to long-term loans in the US financial sector. Sberbank, VTB, Rosselkhozbank, Transneft, Gazprom Neft and others were on the list of sanctioned companies in September.

The European Union joined the sanctions in August: firstly, it froze imports of weapons and dual-purpose products to Russia and interrupted export of technologies for the oil sector. In September, the USA imposed sanctions against Russian defence, oil enterprises and big banks. Elvira Nabiullina: ''We really need to learn how to live in the ruble zone, count mainly on our own financing sources and, in fact, give chances for import substitution.'' Photo: Maksim Platonov

Sanctions came into force amid a very uneasy situation with the currency rate. On 1 January 2014, the dollar cost 32,7 rubles, according to the Central Bank's official rate. On 4 March, it reached 36,4 rubles, which was a record low set in February 2009.

But a real critical fall in the ruble began in late 2014 when oil prices rapidly fell. On 7 September, Brent was below $100 per barrel at auctions first in 14 months. On 27 November, despite expectations, OPEC decided it wouldn't restrict production output, thus ruining oil rates. Brent went down to $72 on the same day. However, this wasn't the end: Brent already cost less than $60 on 16 December.

Queues to exchange offices started to appear in Russia on those days. At midday on 15 December, the ruble, which was already weak, started to lose position faster: by the end of the day, it decreased to 64,4 rubles per dollar and 78,9 rubles per euro.

At night, the Central Bank's board of directors called an emergency meeting where it decided to raise the key rate for the sixth time in a year. Less than a week passed since the previous rise (it was on 11 December). But this time they had to be firmer: the rate immediately rose from 10,5 to 17%. By midday, Elvira Nabiullina gave a brief interview to Russia 24 when she claimed we needed to get used to new conditions: ''We really need to learn how to live in the ruble zone, count mainly on our own financing sources and, in fact, give chances for import substitution.''

The next rate rise didn't calm anybody down: the ruble became firmer a bit. However, it wasn't back to previous levels. On 16 December, the dollar rate reached 80 rubles, while the euro traded at more than 100. Bank offices in some cities didn't sell currencies because they were sold out; screens near some exchanges offices in Saint Petersburg were off – they weren't designed for three-digit numbers.

At the press conference after the meeting with the prime minister in the evening, head of the Ministry of Economic Development Aleksey Ulyukayev advised to Russians – to bank ''in the currency banked before''.

Rosneft worsened speculative moods in the currency market. On 11 December, it held an unprecedented issue of bonds, according to Russian standards, at 625bn rubles. Despite the scale, the deal was prepared under strange circumstances: the decision to issue the bonds was made just two days before their real sale; applications from investors were accepted for an hour on 10 December evening; the company didn't name the goal of the loan.

Due to the non-transparency of the deal, it was believed in the market that the company was going to change all the borrowed rubles for a currency. Head of Rosneft Igor Sechin denied this, but a contribution to the sale of ruble assets was already made.

16 December 2014 was on Tuesday. The mass media rapidly called this Tuesday ''black'' – analogously with either 29 October 1929 (the grandiose collapse at New York Exchange, which is considered as the beginning of the Great Depression) or 11 October 1994 (the day when the ruble critically fell against the dollar).

''Although poverty has taken a step back – only a bit – it still keeps torturing our 40 million citizens,'' Vladimir Putin said in his address to the Federal Assembly during the second year of his presidency. In the next address, on 16 May 2003, he repeated this point (''poverty is taking a step back very slowly'') and called the win over poverty as one of the state priorities.

Russia achieved great successes in the first 15 years of the new century. The 2014 crisis put an end to it. The trend for a reduction in poverty reigning for many years was interrupted. The rapid rise in prices (inflation rose to 7,8% in 2014, to 15,5% in 2015) devaluated salaries and savings. The Russians' real incomes started to fall in November 2014, this fall uninterruptedly kept for 38 months – through early 2018.

Today most poor house managements live in cities, they work and have minors. By the way, the most numerous category of the needy is children under 16 years.

The crisis hit economically weak regions especially severely. Poverty in some of them expanded to frightening scales. For instance, the share of the needy in Tuva crossed the bard of 40% in 2016-2017, it's 30% in Ingushetia, 25% in the Republic of Altai. The country had 12 regions with 20% and higher poverty level in 2017.

Looking at empty wallets, the Russians started to reduce costs. In 2014-2015, costs on final consumption free of inflation reduced for the first time since 2009. The reduction in domestic demand destimulated businesses' investment activity. Together with the decrease in foreign investments, this cut chances for economic growth.

Stagnation, to put it simply

Recession in Russia stopped a long time ago, the post-crisis recovery can't be called fast: last year, the economy grew by 1,5% and 1,6% for 9 months in 2018. Citizens' real incomes, which have just started to rise, are growing in fits and starts, their dynamics was in decline after the presidential election. Authorities hope they will be able to accelerate the economy to the pace exceeding the average one in the world in the next six years. According to the Russian Ministry of Economic Development's basic outlook, GDP is to grow by more than 3% a year from 2021. However, many people doubt Russia should count on fast and stable growth in the middle term. 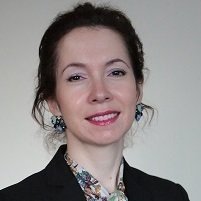 ''In my opinion, the quality of institutions – ownership protection, justice system, judicial system and so on – are the main obstacle to economic development,'' thinks Director of the Economic Growth Problem Research Laboratory at RANEPA's Institute of Applied Economic Research Maria Kazakova. ''This imposes restrictions on the inflow of both internal and external investments – one of the key growth factors. In addition, weak ownership protection brings to a greater shift of the economic structure towards simple enterprises (trade, banks, insurance) that don't require advanced technologies and know-how''.

''The quality of human capital can be considered as the second serious restriction. Moreover, these two problems need to be solved simultaneously. Even if we will create many good universities as a result of the educational system's reform, therefore, we will increase the offer of qualified labour in the market, their graduates won't be able to find decent application to their skills until the business climate isn't developed enough. And an outflow of human capital abroad where these graduates can find due application to their knowledge and skills can become a result of the educational reform,'' Kazakova tells. 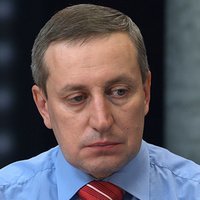 ''The place the economy is in has a proper name. It's called low economic growth paces, stagnation, to put it simply,'' economic Sergey Khestanov states. There are many reasons, and the main one is that the commodity-based development model has run out: ''Oil prices and our export volumes have unlikely grown much.'' Sanctions influence it, due to which Russia doesn't get a big volume investments it should receive. ''It's a rare case: we have neither capital capacities nor a big deficit of liquidity of the financial system. This means our economy has enough money,'' Khestanov says. ''There is no growth not because there is no money, but because there is no prospect.''

Data of the Russian Federal State Statistics Service, the Bank of Russia, the Ministry of Economic Development, the Russian Ministry of Finance, Moscow Exchange, Gaidar Institute as well as Kommersant, Vedomosti, Interfax, RBK, TASS were used when preparing the material.