If the events in the banking sector of Russia in September-October could be described in one word, it would be the word ''surprise''. After a prolonged period of cooling, companies suddenly showed demand for foreign currency loans, banks received unexpectedly high profits, ''hellish'' sanctions temporarily passed Russia by, and the Central Bank of Russia has become the most unpredictable regulator in the world. About this and much more — read in the monthly overview of Realnoe Vremya.

Minus four in September

The decline in foreign currency loans has stopped. The outflow of ruble deposits — no. Assets of banks over the past 12 months increased by 6,8 trillion rubles (8,3%) and by early October reached 89,1 trillion rubles. Their main component — ruble one — gained 10,9%, reaching 69 trillion. Foreign exchange assets in annual terms decreased by more than $39 billion (-11,3%). But in recent months, their protracted decline has stopped, and in a short period they have shown a growth: +$6,4 billion in August-September.

According to the Central Bank, the corporate sector was the main contributor to the changes: over two months, it has increased its loan debt in foreign currency by $7,8 billion, despite the fact that earlier the loan portfolio of banks in foreign currency had decreased since the beginning of 2016. 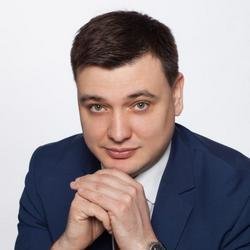 It can be assumed that due to the growth of the dollar, companies began to take out loans in the hope of its decline in the future, says treasurer at Bank of Kazan Eduard Islyamov.

The volume of interbank foreign currency loans in August and September increased by $3,9 billion, and the foreign currency debt of the population has not changed. In addition, in September, Russian banks increased investments in non-residents' debt obligations by 96,2 billion rubles, excluding revaluation.

The total volume of loans to the economy grew by 12,8% year-on-year to 47,1 trillion rubles. In the corporate segment, the growth was 9,4%. The debt of the population to banks, despite the growing fears of the Central Bank, is growing faster: in September, the annual dynamics was 21,5%. The level of overdue debt in the portfolio of legal entities is still higher than in retailing – 6,6% against 5,6%.

In September, the outflow of deposits of the population — both in ruble and in foreign currency – continued. In total, in ruble terms, the Russians withdrew 435 billion from banks (from ruble deposits — 178 billion, from dollar deposits — 0,6 billion). The corporate sector did not take any drastic action: deposits of legal entities increased by 207 billion rubles. The reason for this increase was probably the increase in export revenues amid high oil prices. Thus, the total monetary volume of Russian exports in the third quarter increased by almost 30% year-on-year.

The amount of budgetary funds in bank accounts decreased slightly. Thus, the September increase in corporate deposits did not fully compensate for the outflow of money of other customers. By the results of the 9 months, banks made a good profit – 1,1 trillion rubles, which is 1,6 times more than in January-September last year. At the same time, profit growth was observed in September, as the financial result for 8 months of this year was by 10% weaker than in the same period of 2017. According to analysts of Raiffeisenbank, the main reason for the unexpected change in the trend was the dissolution of reserves — they decreased by 103 billion rubles in a month.

One hundred and thirty-nine credit institutions (27% of the total) suffered a loss of 379 billion rubles — without them, the financial result of the sector would have amounted to 1,4 trillion rubles. The leaders in losses were rehabilitated players, formerly part of the group Promsvyazbank and FC Otkritie. In Tatarstan, 12 out of 14 banks finished 9 months with a positive financial result, although the amount of profit in many cases decreased. Only IK Bank (-93,8 million) and Altynbank (-16,6 million) suffered losses.

Hardly had the talks about the risks of dollar liquidity scarcity subsided before the regulator predicted an even more powerful outflow of foreign currency depositors from banks. In mid-October, head of the department of monetary policy of the Central Bank Aleksey Zabotkin said that in 3-5 years the share of deposits in dollars could be halved — from 20% to 10-12%. According to him, the population ''has an increasing comfort in keeping the ruble as their means of saving''.

''Our clients keep more and more of their funds in the national currency. For example, the share of ruble savings in mass retail is already 91%. On the part of corporate clients, we are also observing a tendency of replacing foreign currency deposits with ruble ones,'' VTB told Realnoe Vremya.

Nevertheless, banks deny problems with dollar liquidity. The press service of FC Otkritie says that the bank has enough liquidity cushion. Given that Otkritie operates mainly in the domestic market, the basis of its resource base is funds in the national currency. ''We did not observe an outflow of currency in September,'' B&N Bank reported. ''The situation with foreign currency deposits of the population, accounts and deposits of companies is stable.'' ''We did not observe an outflow of currency in September,'' B&N Bank said. ''The situation with foreign currency deposits of the population, accounts and deposits of companies is stable.'' Photo: Roman Khasaev

The new sanctions over the Skripal case, the introduction of which in Russia expected at the end of November, are not yet coming. On October 24, US President's national security adviser John Bolton said the White House was not considering additional restrictions. However, it soon became clear that Bolton's words were incorrectly interpreted.

The November sanctions, which Bloomberg's interlocutors called the sanctions ''from hell'', could provide for a ban on dollar operations for large Russian state banks (although analysts were inclined to believe that the US would not take such measures), as well as restrictions on the purchase of a new Russian national debt.

In the past months, these fears were the main reasons for the weakening of the ruble. In addition, they hit hard on the capitalization of Sberbank. Immediately after Bolton's statement, the ruble began to strengthen, and Sberbank shares closed that day with an increase of 3,9%.

With a view to Yandex

In October, the media (Vedomosti and The Bell) learned about Sberbank's plans to get a large stake in Yandex. According to them, the state bank was negotiating with founder and main owner of Yandex Arkady Volozh to acquire at least 30% of the shares. Sberbank representatives denied the information about the negotiations. Then Volozh also denied it. However, before that, the shares of Yandex had fallen significantly on NASDAQ.

On October 22, the company issued a statement of Volozh, ''I plan to continue to head Yandex and does not intend to sell its stake in the company. I also support the efforts of the board of directors to develop the company, including the assessment of various opportunities for capital structure management.'' The shares of Yandex fell significantly on NASDAQ. Photo: ok-inform.ru

Russian Central Bank is the most unpredictable

The International Monetary Fund has rated the unpredictability of central banks. The leader turned out to be the Russian Central Bank. According to estimates of the IMF, 27% of the decisions of the Bank of Russia for the last 8 years have been unexpected for the market. In turn, the most predictable was the American regulator: the market was able to foresee all the decisions of the Federal Reserve System in 2010-2018.