The eighth Kazan Autumn international opera festival has recently finished in the Tatar State Symphony Orchestra in the city of Kazan. In the finale of the festival, the artistic director of which is chief conductor and artistic director of the ensemble Alexander Sladkovsky, there performed Dinara Aliyeva. Read the details in the material of Realnoe Vremya.

The colours of tragedy

The tragic soprano of Dinara Aliyeva became the highlight of the concert evening, when the hall of Saydashev State Great Concert Hall was over packed and the audience was standing along the walls. Aliyev shocked the listeners with her temperament, exceptional acting abilities and wonderful voice, particularly expressive were low notes.

Dinara Aliyeva was born in Baku, graduated from the Conservatory. She is a soloist of the Baku Opera and Bolshoi Theatre, guest soloist of the Vienna and Latvian operas, laureate of many competitions and participant of many international musical projects. It is surprising that at one time she was heard by Montserrat Caballe, who came to Baku, who appreciated the talent of the young singer and said that there was nothing to teach this girl as she already knew how to do everything herself. Her debut at the Bolshoi Theatre was the tragic role of Liù in Turandot.

Dinara Aliyeva chose the tragic repertoire — Tosca, Adrienne de Lecouvreur and Zemfira — to perform in the framework of the Kazan Autumn. The singer, no doubt, is endowed with an extraordinary tragic gift, she has a lucky ability for an actress to transform into a new image, making it bright and strong, in a matter of seconds, even within a concert performance. She went on stage in the first part of the concert in a black dress with a high slit, changing it in the second part to a dress with a full skirt in red. Red and black — the two colours of the tragedy, perhaps the costumes were chosen randomly, but it so happened that they worked on the overall concept of the concert programme of the opera festival.

Aliyeva of the first part is a stretched string, but in the second she becomes not only a tragic heroine, but also a daring and free Zemfira from Aleko, a gentle Clara from Porgy and Bess, a charming Silva Varescu. The singer demonstrates a whole palette of colours without repeating them in any of the arias.

The power of fate

Alexander Sladkovsky, who invented the opera festival Kazan Autumn eight years ago, all these years pays tribute to charity. Traditionally, the first festival concert is held on August 30, Day of the Republic and Day of the City, and everyone can visit it. Charity concert programme, which is given under the walls of the Palace of Agriculturalists, gathers several thousand Kazan citizens. All tickets of the festival concerts, held in the Saidashev State Great Concert Hall, are usually sold out.

The festival programme, where arias and fragments from operas were heard, began with the overture from Verdi's La forza del destino, when from the very first seconds the orchestra's teamwork and the maestro's clear musical concept were clear.

When a concert of the Tatar State Symphony Orchestra involves a singer, it is usually very clearly noticeable that the listener is offered not ''accompaniment''. Sladkovsky is a full-fledged partner of the soloist, but he is so delicate that he consciously gives the garland to the singer, unlocking him or her as much as possible. Probably, for this reason singers like to work with Sladkovsky so much. 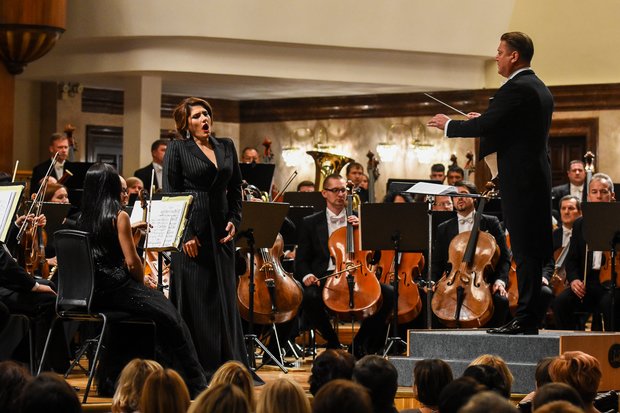 Sladkovsky is a full-fledged partner of the soloist, but he is so delicate that he consciously gives the garland to the singer, unlocking him or her as much as possible

That night, the maestro showed a wide range — from tragic Verdi, romantic Dvořák to the Viennese charm of Silva. The maestro conducted the orchestra divinely easily, naturally, and it was clear that there was no a single unclearly worked-out musical phrase in the programme. As it always happens, behind the ease of the artist there is hard work.

The Kazan Autumn though not the biggest festival of the Tatar State Symphony Orchestra in terms of the number of concerts, but is one of the most beloved by the public, because its participants are really ''star'' soloists. Besides, the concert programmes of the festival are composed with grace. The fate of the festival is very prosperous, and the audience, waiting for it during a year, is rewarded for the expectations.

As usual, at the concert there were many flowers that the audience gave. The attention was drawn to small modest bouquets as well, which were presented to the maestro by elderly ladies. From the part of the public that often buys the cheapest tickets. These modest bouquets probably worth more than huge baskets of flowers. There are recognition and sincere gratitude in them. From heart to heart. 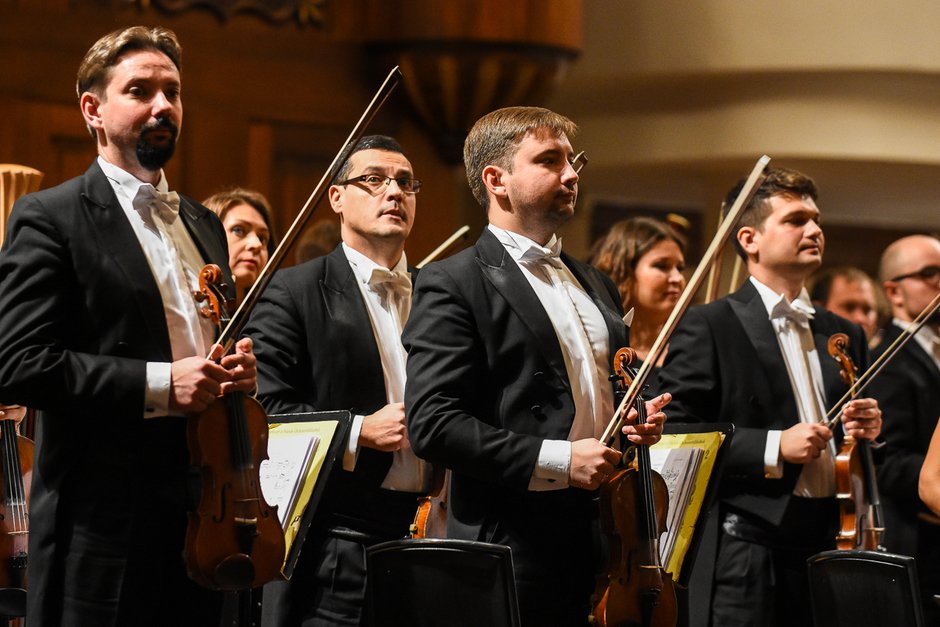