Silence is consent: functionaries find a way to make Russians save for retirement

For this purpose, 6% need to be automatically withdrawn from silent people's salary

Authorities figured out how to attract the population to the individual pension capital system, a transition to which was scheduled two years ago. Citizens will automatically become participants of the system if they don't communicate their refusal beforehand. It's impossible to make people give 6% of their salary in another way, experts think. Realnoe Vremya tells the details.

On Monday, RBK said with a link to its own sources that the authorities decided how to attract citizens to the individual pension capital system (IPC), which is to substitute the contributory pension, which discredited itself. Russians will automatically participate in the new system if they don't refuse it beforehand.

According to the newspaper, the Article No. 158 of the Russian Civil Code, which described the way deals are made, can be the legal basis. Particularly the third clause of this article says that in some cases silence can be recognised as an ''expression of a desire to make a deal''.

The Central Bank and the Ministry of Finance allegedly decided to take advantage of it – they are the authors of the bill on individual pension capital, which is being polished today. After the IPC system starts operating, everyone who is participating in the contributory pension system now will be included to it by default. According to the Russian Pension Fund, there were 76,7 million citizens of this kind in late 2017. It's offered to oblige employers to inform about the inclusion to the system. According to the Russian Pension Fund, there were 76,7 million citizens of this kind in late 2017. Photo: tvc.ru

The contributory part of the pension consisted of insurance premiums, it received 6% of workers' salary (another 16% went to the basic part). But in 2014, the government froze pension savings. The moratorium has been annually extended since then. Today the contributory part goes to receiving premiums, however, only by collecting arrears and debts for previous years. For instance, they totalled 1bn rubles in 2017.

In September, Minister of Labour and Social Protection Maksim Topilin claimed the contributory part wouldn't be unfrozen. According to him, the expansion of the moratorium was just a temporary decision, thanks to which functionaries could prepare offers on the IPC. At the same time, Topilin said the moratorium itself was a successful decision – during its operation, the federal budget saved about 2tr rubles, while ''people lost nothing'', the labour minister said.

Workers themselves are offered to contribute to their future pension (with the simultaneous conservation of insurance premiums from employers at 22%), it's the difference of the individual pension capital. The bill's concept, which the Ministry of Finance and the Central Bank presented two years ago, presupposes that the contribution rate to the IPC will increase by one per cent point a year until reaching 6% of the salary. It will be equal to zero during the first year. 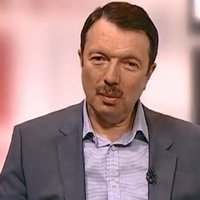 ''The contributory part of the pension was a product that had the only purchaser in the end – the federal budget. Like any product with one purchaser, it's an unstable construction – as soon as the purchaser had financial problems, the construction collapsed,'' says Deputy Director of RANEPA Institute of Social Analysis and Forecasts Yury Gorlin.

As 6% of insurance premiums were in the contributory part of the pension, the budget of the pension fund got losses. To pay current pensioners pensions, these lost incomes had to be compensated by transfers from the federal budget.

It seems that the compulsory contributory pension system won't exist any more, however, some functionaries and non-state pension funds (NSPF) have a desire to have pension savings accumulated. This is why there is an attempt to get out of this situation with a mechanism where the population itself will have to pay, not the employer.

The option with the automated transition to the IPC is offered, as workers are unlikely to contribute money voluntarily. The bill's authors hope citizens simply won't be active, and payments from their salary will go to the NSPF.

''I think there will be few people who would voluntarily contribute part of their salary. According to the official statistics, the salary of over 70% of the population of Russia is lower than average in the economy. In such conditions, it's quite complicated to give 6% for many years with a series of unsatisfied needs (for medicine, education of children, not to mention capital-intensive ones). Of course, it's correct that people think of their future pension. Another thing is that it would be good if they had a financial possibility to save,'' Yury Gorlin thinks.

He says it's hard to predict how many citizens will decide to refuse the IPC. It will also depend on how easy the refusal procedure will be and how attractive the product the NSPF will offer will be. 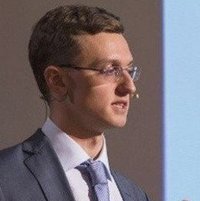 Gorlin's colleague in the institute Vladimir Nazarov thinks if people join the IPC by default, citizens will likely participate in the system: ''In any case, international experience shows that in places with default contributions, the level of participation fluctuates from 60 to 80 per cent and more; the participation is significantly less, about 20-30 per cent, in places where people themselves need to be active.''

Another question is whether citizens will trust the new system, Nazarov goes on. At a moment they will see they don't receive 6% of their salary and leave. The Central Bank and non-state pension funds will have a lot to do while the contribution rate will be growing from 0 to 6 per cent: they will have to prove the new system will generate income that's higher than inflation.

''If the same thing happens to the contributory part of the pension when there were more scandals than work, people will find their bearings fast and really be active – they won't take part in this programme,'' Nazarov forecasts.