Bulgaria’s gift: place for Kotrag, 'founder' of Volga Bulgaria, is looked for in Tatarstan

The placement of the statue to the khan is rejected in Bolgar, but it’s welcome in Tetyushi

Bulgaria is going to create a monument to Khan Kotrag in Bolgar as the founder of Volga Bulgaria. But Tatarstan didn't welcome the initiative enthusiastically, some people were even against. UNESCO's prohibition is the main obstacle – the ancient city is under its protection. In addition, there is no general agreement among scientists about the person who is considered the founder of the ancient Bulgarian state. Nevertheless, the Bulgarian idea has supporters, for instance, Tetyushi District will be very glad about the monument. Realnoe Vremya tells the details.

This March Ambassador of Bulgaria to Russia Boiko Kotsev said about plans to create a monument to Bulgarian Khan Kotrag in Bolgar. Mr Kotsev thinks it was the ruler and son of another legendary Khan Kubrat who founded Volga Bulgaria in the 7 th century AD – the state of ancient Bolgars on the territory of modern Tatarstan.

''Kotrag went towards the Volga River and created Volga Bulgaria,'' the ambassador said to journalists. ''We, Bulgarian functionaries, social activists are going to erect a monument to Kotrag there.''

However, not everyone in Tatarstan approves the monuments to Kotrag in Bolgar. Realnoe Vremya's source at the top said the Bulgarian embassy had turned to officials of the republic and the Tatarstan Ministry of Culture with this idea:

''The issue was discussed, there hasn't been made any decision so far. We've haven't decided where to place it, how it will look. The issue is under discussion,'' the newspaper's interlocutor explained. 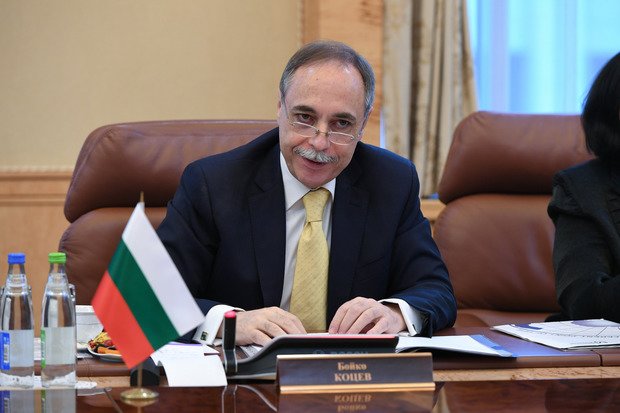 Mr Kotsev thinks it was the ruler and son of another legendary Khan Kubrat who founded Volga Bulgaria in the 7 th century AC. Photo: tatarstan.ru

The regional Renascence fund, which reconstructs ancient cities, added the idea of the monument to Kotrag in Bolgar was almost impossible:

''I've accidentally heard of this initiative of Bulgaria. But our fund doesn't have any official letters. But we can't erect monuments in Bolgar – this issue must be compulsorily agreed with UNESCO. Bolgar is a site of world importance,'' Director of Renascence fund, Deputy Chairman of the Tatarstan State Council Tatiana Larionova said.

''So does it mean this is impossible?''

''No, this can be possible. But, first of all, there must be a very important reason. Secondly, the parameters of this monument must be agreed with this place's architecture. It's rather unreal,'' Larionova doubts.

Some Tatarstan historians are also against erecting the monument in Bolgar. The case is that there is no general agreement among scientists about the founder of Volga Bulgaria, while specialists' opinion will be considered: ''This must be compulsorily justified historically. If historians are against the candidacy of Kotrag, they have important arguments and documents. We don't work with UNESCO on the basis of emotions. First of all, it's necessary to prove the necessity of this monument with the historical documentary material in the archive,'' says Tatiana Larionova.

''In addition, there are questions about its dimensions: if it will be small, and whether the initiators will like it, that's to say, there are many difficulties. Bu, most importantly, UNESCO doesn't welcome the appearance of any new facilities on the territory of sites included to the World Heritage Site list,'' the director of Renascence fund reminded.

A 'mistake' with Bolgar

Realnoe Vremya managed to find out who was behind the idea of erecting the monument to Kotrag. Chairwoman of Volga Bolgars community Alfiya Dimitrova shared details with us. According to her, a group of Bulgarian businessmen headed by Ivelin Mikhailov – executive director of Historical Park (Varna), which is a project of the biggest historical park in Europe equal to €50 million that will be gradually built by 2022 – plans to erect the monument. There will be several settlements on its territory. The first one will be linked with the first civilisation and artefacts found in the Varna Chalcolithic necropolis. The second one will reveal the peculiarities of Thracian culture, remind about Orpheus and Spartak's life. The third settlement will be dedicated to the Roman era, the fourth one will open up the culture of the Slavic people and pro-Bolgarians. The fifth place will represent the First Bulgarian Kingdom, and the sixth one will be built like Tsarevets and show the culture of the Second Bulgarian Kingdom. Moreover, they also already have a monument to Khan Kubrat's younger son Alcek under their belt, it was created in Celle di Bulgheria in Italy.

''People from Italy turned to us asking for help three years ago. They wanted to erect a monument to Khan Alcek (founder of Bulgaria Khan Asparuh's brother) in the place he lived and died. We erected this monument, and now many Bulgarians go on an excursion there every year, hold councils. And they find it very interesting to know this story. Then we decided to erect monuments to each of Asparuh's brothers, thus allowing Bulgarians to know their history by visiting these places: they could see places where our ancestors lived, where they died and where they helped the formation of the ethnic group and culture. It will be beneficial for both the countries where they lived (they will get money from tourism) and Bulgarians who will know about their history and their origins. We decided to erect a monument to Khan Kotrag in Tatarstan because he moved there once and laid the foundation of Volga Bulgaria state. As he lived and died on this land, we decided to erect a monument to him here,'' Ivelin Mikhailov explained to Realnoe Vremya. 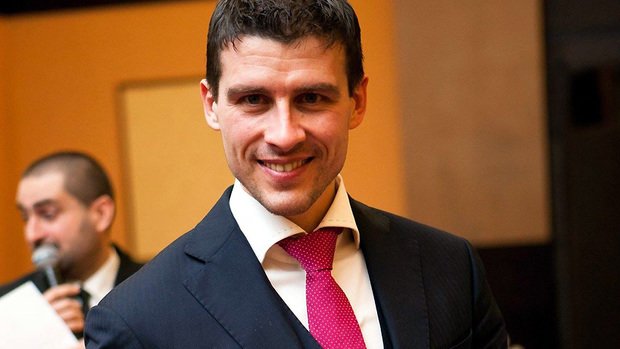 ''I've been recently offered: 'Let's write such a letter to Tatarstan to erect a monument to Khan Kotrag there'. They want to completely bear the costs: they will cast the statue in bronze, transport and install it on their own,'' added Alfiya Dimitrova.

Last October, she was called from the Embassy of Bulgaria to Russia and asked to participate in a trip to Tatarstan together with a Bulgarian business delegation chaired by Mr Kotsev. Dimitrova herself comes from our republic but has been living in Sofia for the last 19 years. But she doesn't forget her homeland – she took on organising Sabantuy festivals:

''While I was organising Sabantuys, it turned out there weren't any links between Tatarstan and Bulgaria. When Rimma Ratnikova came to the second Sabantuy, she said the same thing. I invited Ivelin and his guys to travel with me, explained to Mr Kotsev they wanted to erect the monument in Tatarstan, they had a tourism business. When the guys came, they were surprised, they were amazed at both Kazan and Bolgar, they liked everything so much. I introduced Ivelin Mikhailov, told about his initiative. This is why at some meetings the ambassador said such an event was scheduled. In general, the idea itself belongs to Mikhailov, and the Historical Park bears the costs.''

The Bulgarian delegation made up a letter addressed to the president, state adviser and minister of culture of Tatarstan. Ayrat Sibgatullin was the minister at the moment. And last October he supposed there would be no problem when erecting the monument. However, the Bulgarian activists got a negative reply:

''There has been a mistake. We wrote a letter asking to erect the monument in Bolgar, while it's protected by UNESCO. This is why the Ministry of Culture replied the erection in Bolgar wasn't possible. But the monument in another place in Spas District would be considered.'' The Ministry of Culture replied the erection in Bolgar wasn't possible. But the monument was considered in another place in Spas District

Not in Bolgar but in Tetyushi?

Later the culture minister changed in the republic. And the issue of the monument was already forgotten. The Bulgarians couldn't raise it for long. ''Then I wrote a letter to Irada Ayupova while we had shooting. The same guys asked me to help in the shooting of the film Between Cross and Crescent. And I accompanied them in Tatarstan, organised shooting in the museum in Bolgar and in the republic in general. Then they said to me the best place for the monument was in Tetyushi District. The idea's authors wrote a new letter. This time it was addressed to the head of Tetyushi District. They are waiting for Irada Ayupova to be back from her holiday to continue negotiations to erect a monument in a new place. It's curious Tetyushi was only glad about the new attraction: ''I called them to Tetyushi, they said they'd be happy to have such a monument because it would attract many new tourists,'' says Alfiya.

It turned out the Bulgarian side talked with the Tetyushi District Historical Museum's officials beforehand where the idea of the monument was welcomed enthusiastically:

''It's historically proved. I can say our district suits best for this purpose. That's to say, it wasn't chosen just because they couldn't do it another place but because there is historical evidence. We had large-scale digs, there are sites with Bulgarian roots, there are interesting cemeteries dedicated to this topic. Now it's been forgotten a bit that Krasnaya Glinka land, modern-time Bessonovo settlement in Tetyushi District is the oldest settlement in Tatarstan. We have over 130 archaeological sites, a big number of remains of ancient Bulgarian towns. We are quite rich from a perspective of archaeology, there were few digs,'' director of the museum Natalia Ponedelnikova explained.

The newspaper's interlocutor reminded about 10-year digs in Tetyushi Old Town, where ''amazing rich material'' was found, there were held two Russian scientific conferences with foreign guests, specialists from Hungary and Bulgaria came. ''We're very glad about this idea because we have started to develop tourism and have quite good results. And the erection of the monument will strengthen and increase the interest in our district. Such a union with the Bulgarians only benefits us,'' the museum director is convinced.

There is little to be done now. Bulgarian historians are preparing a letter addressed to the head of Tetyushi District and the Tatarstan Ministry of Culture. The museum also intends to ask municipal officials and the culture minister to help the Bulgarians in this issue. The administration of Tetyushi District promised Realnoe Vremya to study the issue.