Part of this oil supposedly came from storage

OPEC and other oil-producing countries decided to ease global output cuts aimed to stabilise the oil market last month. Following the decision, Russia added about 100,000 bpd to its monthly production in July. Some industry sources state that at least part of this extra oil originated from stocks.

Russia used stocks held in tanks at its oilfields to help boost crude production in June in a sign of supply flexibility, claims Reuters citing industry sources. According to last month's decision, OPEC and non-OPEC producers agreed to add around 1 million bpd to the market altogether. Moscow promised to contribute 200,000 bpd, while Russia's initial cut under the OPEC-non-OPEC agreement was 300,000 bpd.

In June, Russia's oil output added around 100,000 bpd compared to the previous month. In the first half of July, according to two industry sources, the country's average oil output rose to 11,215 million bpd, which is a 245,000 bpd increase from May. The kingpin of OPEC, Saudi Arabia, increased its oil output by 458,000 bpd in June from May.

Saudi Arabia can quickly add and cut supply because of the geological structure of Saudi fields, but such adjustments are harder to perform in Russia, as the country's oilfields and production equipment are often subject to low temperatures and harsh conditions. Nonetheless, Moscow has some flexibility thanks to spare capacity in the Transneft pipeline system and in oil tanks at fields, say industry sources such as a senior oil executive who considers that oil production ''has restarted so quickly thanks to stocks in reservoirs (tanks) in western Siberia. They belong both to Transneft and to the oil companies.'' Another source considers that Russia's oil storage was overloaded by the time Moscow negotiated an easing of global production cuts with Saudi Arabia and other crude-producing nations. 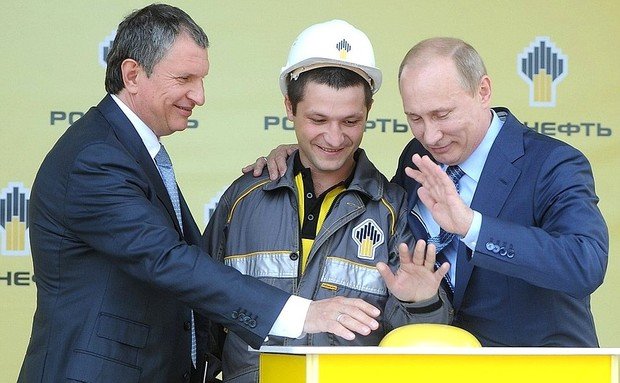 Transneft says that its system can hold around 16 million tonnes of stocks, which is equal to about 11 days of Russian production. However, most of the capacity is needed for pumping and mixing different types of crude, and only a third can be used for stockpiling oil. ''The inventories capacity of Transneft is not used for long-term storage of oil, including from the oil companies. It is a part of the system which ensures the technological process of seamless oil and oil products transportation from the producers to the consumers,'' commented Igor Dyomin, an adviser to Transneft's president.

At the same time, the sources confirm that Russian oil companies were ramping up production following the easing of output curbs. Earlier it was estimated that Rosneft could restore 70,000 bpd of output in just two days, while Gazprom Neft promised half of that. Lukoil has already increased its production by 29,000 bpd due to the restart of previously suspended wells, Chief Executive Vagit Alekperov said on Wednesday.