Tatarstan archivists to switch to blockchain for 5 million

The State Committee for Archives of Tatarstan is going to introduce the blockchain technology in its work. The Kazan Federal University will help the committee with it. The university specialists will do research in this sphere with the further experimental implementation of the technology in work of the state committee for 4,9 million rubles. We should note that the media had information that pilot projects based on the new technology would be launched in 15 regions of Russia (including Tatarstan) under the little-known Russian Cryptocurrency and Blockchain Association simultaneously with the tender. Realnoe Vremya tells whether the young organisation linked with Putin's Internet adviser German Klimenko is implicated in the appearance of blockchain and how the State Committee for Archives is going to use the new technology in its work.

The launch of projects based on the blockchain technology in Tatarstan started to be seriously discussed this summer. It became known in July that Tatarstan President Rustam Minnikhanov charged experts of QIWI Platform CJSC (resident in Innopolis SEZ) with doing research on the application of blockchain in state management. In the end, the company offered to use the technology in the system of document turnover between agencies, notarial system, health, land registration, registration acts, diploma register and voting system.

At 'Blockchain: New Oil of Russia' all-Russian conference in August, the president stated that Tatarstan was ready to become a platform for blockchain projects: From our side there is full support, and you should give your ideas and we'll work together to implement them. Tatarstan is open for you: you can move, come — any form is acceptable.'' Apart of it, the question of implementation of the new technology is considered at the level of the Kazan Municipal Duma: in September, United Russia deputy Marat Bikmullin offered to solve the problem of paperwork in polyclinics by implementing blockchain and called what's happening in hospitals ''the 20th century''. The question of implementation of the new technology is considered at the level of the Kazan Municipal Duma: in September, United Russian deputy Marat Bikmullin offered to solve the problem of paperwork in polyclinics by implementing blockchain. Photo: Oleg Tikhonov

Finally, in late October, Tatarstan approached the fulfilment of the first blockchain project in the republic. The website of state purchases had an application where the right to sign a state contract for doing applied and experimental research on ''use of blockchain technology to receive a compulsory sample of scientific and technical information for keeping in the archive with further experimental transition of the compulsory sample to the archive by using the blockchain technologies for the needs of the Tatarstan State Committee For Archives''.

The starting highest price for the contract was 10 million rubles. And the budget of the Republic of Tatarstan was written as source. Applications for participation were received from Servionica CJSC (Sberbank, Rosatom, Severstal, Nornickel, Rusal, Federal Treasury and Russian Register are its biggest clients), Kazan Federal University and University of Innopolis ANO Higher Educational Establishment. The total contract price KFU offered was 4,9 million rubles. Innopolis mentioned 7,5 million rubles, while Servionica whose application was denied noted 7,9 million rubles. In the end, the Kazan university won the contest.

According to KFU press secretary Kamil Gareyev, specialists of several institutes dealt with the goal set to the university: ''It is a distributed system. Our mathematicians, economists and so on work on. In general, this job completely fits the framework of our University 4.0 concept. I will stress that we had the groundwork in this area much earlier, and the work on the task set within the contract started as soon as we won it, which is logical.'' 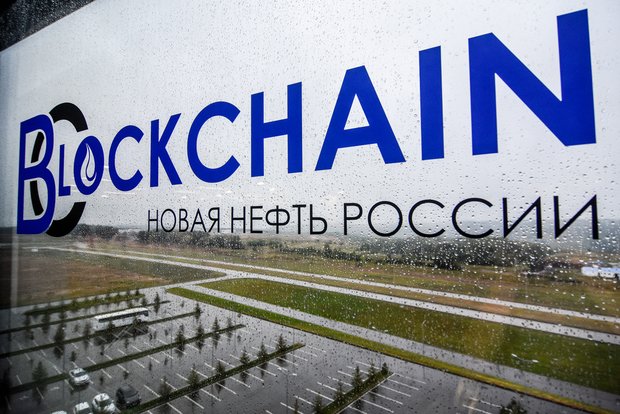 In late October, Tatarstan approached the fulfilment of the first blockchain project in the republic. Photo: Oleg Tikhonov

Unfortunately, our interlocutor from KFU did not reveal the details of the research because at this stage the university is bound by contract liabilities. Realnoe Vremya reached out to the client – the Tatarstan State Committee for Archives – to find out details.

Chairwoman of the state committee Irada Ayupova said the blockchain technology would be used to prove the fact of document transition: ''The limited validity of the electronic digital signature helped in deciding to use blockchain in the organisation's work. It was decided to use the blockchain technology that is topical nowadays to solve this problem.'' We should say that neither side has told about the project's terms.

Moscow is behind the blockchain implementation in the Tatarstan public sector?

Simultaneously with the competition, there was information in the media that 15 regions of Russia (including Tatarstan) would launch pilot blockchain projects. RBK told about it first by citing an unnamed worker of the Russia Cryptocurrency and Blockchain Association (Editor's Note: the organisation was created in late August in 2017 on the initiative of Russian president's Internet adviser German Klimenko). RCABA representative Denis Reychka confirmed to Realnoe Vremya that Tatarstan and another 14 regions would become key to prepare the application practices of blockchain technologies in the spheres of the Russian economy: ''Projects on blockchain platforms for the public sector and business, particularly in urban engineering and financial technologies, insurance, health, logistics (transport and warehouse storage), construction and infrastructural projects are created.'' Irada Ayupova said the blockchain technology would be used to prove the fact of document transition. Photo: Oleg Tikhonov

We can presuppose that the shift of the Tatarstan State Committee for Archives to blockchain is one the projects of recently created RCABA. However, major archivist Irada Ayupova denies any implication of the Moscow organisation: ''RCABA didn't play any role. This association has been created just recently.''

The state committee representative specifies that the contract was signed within the state programme called Archive Development in the Republic of Tatarstan in 2016-2020'.

Irada Ayupova also said that the blockchain technology isn't used in other public establishments of the republic yet, according to the state committee. However, it's quite possible that the big picture will significantly change very soon because a regional office of RAKIB in Tatarstan was going to open.

''Nowadays we're selecting candidates to manage RCABA's office. They are natural persons, representatives of juridical persons who are interested in the development of blockchain projects. We also talk to the government of Tatarstan at the same time about certain pilot blockchain projects,'' Denis Rychka said. ''The main goals of regional offices are to attract investments to the technological and real sector at the regional level, the rise of the financial literacy of the population, including organisation of workshops and lectures. RCABA offices will closely cooperate with experts and authorities of a region.''