The idea ‘’Russia – my history’’ will be realized in the capital of Tatarstan at Gazprom’s and republican money on the area at 6,000 square metres

As it became known to Realnoe Vremya, the multimedia complex ''Russia – my history'' opens in the capital of Tatarstan at the end of October. It is the federal ''ideological'' project being implemented in different regions of the country. It is supervised by the titular bishop of Yegoryevsk Tikhon Shevkunov, who is also known as the personal confessor of Vladimir Putin. Read the details in the report of Realnoe Vremya.

The multimedia complex dedicated to the history of Russia from ancient times to the present will be opened in Kazan at the end of October. It was developed in the framework of the project ''Russia — my history''. The museum of national history will be located in the venues of the Kazan Fair. Two pavilions with a total area of 6,000 square meters will be allocated for the exposition.

The project to create historical parks ''Russia — my story'' is implemented by the Fund for humanitarian projects with the support of Russian President Vladimir Putin. The declared goal is strengthening of patriotism, development of high social activity, civic responsibility and spirituality in the society.

The expositions use advanced technology: projection installations, hundreds of projectors, dome spheres, panoramas, touch kiosks with touchscreens. The ''immersion'' in the history is reinforced by sound and light effects.

Initially it was planned that the multimedia exhibition was to open in Kazan by November 4 — National Unity Day. However, the date of the ceremony was changed on 27 October. As it became known to Realnoe Vremya, many of the invited guests will be involved in the days of the festival at other events. Among the guests it is expected First Deputy Chief of Staff of the Presidential Administration of Russia Sergey Kiriyenko, Presidential Envoy to the Volga Federal District Mikhail Babich and bishop of Yegoryevsk Tikhon Shevkunov, who oversees the culture and history issues in the Russian Orthodox Church. 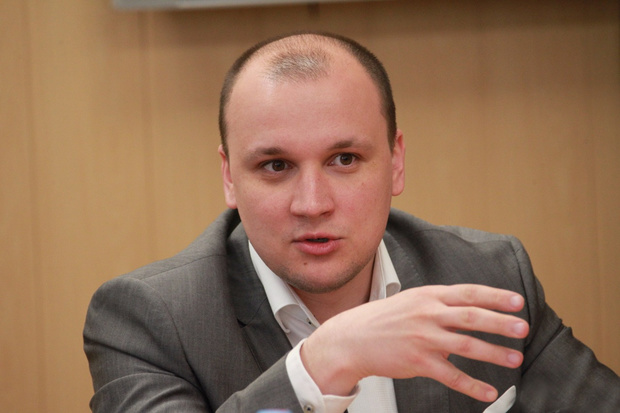 According Ivan Yesin, the project arose on the basis of exhibitions dedicated to the dynasties of the Rurik, the Romanovs, the twentieth century, which were organized in the Moscow Manege from 2013. Photo: bashinform.ru

As managing director of the Fund for humanitarian projects Ivan Yesin told Realnoe Vremya, the project arose on the basis of exhibitions dedicated to the dynasties of the Rurik, the Romanovs, the twentieth century, which his associates and he organized in the Moscow Manege from 2013 within the framework of celebration of National Unity Day.

''More than 300,000 people have attended our exhibition in Moscow, dedicated to the Romanovs, for two weeks. After that we decided to translate these temporary exhibitions into permanent format. As a result, in 2015 at VDNKH there was opened the historical park ''Russia — my story'', which was established on the basis of these exhibitions. During the year, the park has shown that people are interested in the history. Our country had not had a large complex that would tell the history of Russia from ancient times to the present in full,'' said the organizer in the interview with our correspondent.

The regional program of historical parks was launched at the end of 2016, and Kazan joined this program one of the first among the Russian cities. These parks are already opened in Moscow, Ufa, Stavropol, Yekaterinburg, Volgograd. In the middle of October, the citizens of Dagestan will get acquainted with the historical expositions in Makhachkala. According to Yesin, combination of modern format of presentation and visual material on the history arouse great interest of the visitors, especially of school children. In a month, more than 60,000 people were engrossed in the history in Stavropol after the opening on 5 September. More than 2,000 people attended the exposition on 1 September in Ufa.

By the way, in the capital of Bashkortostan the opening of this park on the territory of the complex VDNKH-Expo took place on Russia Day, June 12. Among the honoured guests there were Bishop Tikhon Shevkunov, Presidential Envoy Mikhail Babich, Supreme Mufti of Russia Talgat Tadzhuddin, the head of Bashkortostan Rustem Khamitov and others. 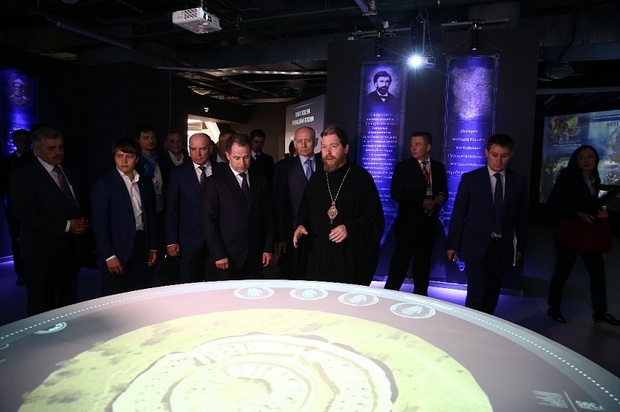 In the capital of Bashkortostan the opening of this park on the territory of the complex VDNKH-Expo took place on Russia Day, June 12. Photo: gtrk.tv

Orthodox idea at the expense of Gazprom

The organizers did not disclose the cost of the whole multimedia complex in the Kazan Fair. Judging by expensive exhibits, the equipment and the number of involved professionals, the amount is very decent. As reported by academic secretary of the Institute of History named after S. Mardzhani Bakhtiar Izmailov who coordinates the project in Kazan, at least 40 people will work in this interactive museum — tour guides, technicians, electricians and other professionals. The guides are trained by the special program sent from Moscow.

It is only known that 50% of the cost is paid by ''the feds'' in the person of Gazprom in the form of charitable donations and a half – by the republic.

The ''locomotives'' of the Russian project are also of great interest. The presence in the list of VIP guests of Kiriyenko and Shevkunov is not a coincidence.

For example, the entire organization is under the supervision of the Kremlin. The administration of the President of the Russian Federation oversees the creation and preparation of exhibitions in the regions, says the Kazan historian.

''The authorship of the idea belongs to Vladyka Tikhon (Shevkunov), responsible Secretary of the Patriarchal Council for culture. Originally it was his idea,'' stressed director of the Fund for humanitarian projects.

''The confessor of Putin'' (as Shevkunov is often called in the media), in addition, is the curator of the expert council of the fund. He is one of the main ideologists of the project. According to Izmaylov, the Patriarchal Council initiated the creation of the historical park.

Will there be any bias in favour of Orthodoxy in this situation? As Yesin reported, the bishop of the Russian Orthodox Church was engaged more in the history connected with the Church line. But the history of the state was mainly developed by secular institutions — the Institute of Russian History of the Russian Academy of Sciences, the Russian State University for the Humanities and the Moscow State University named after M. V. Lomonosov in cooperation with regional research centers. 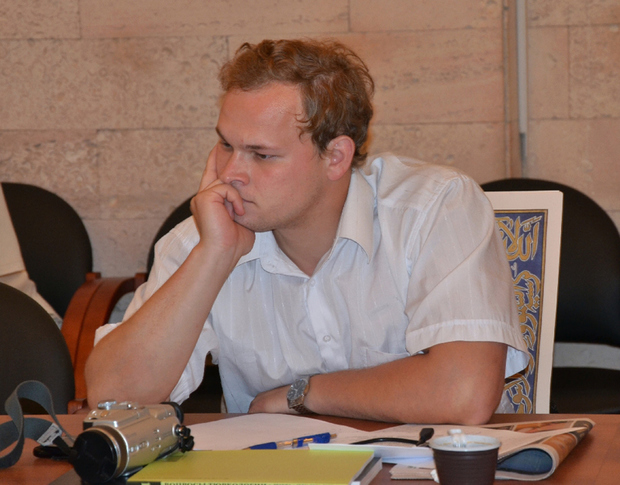 At least 40 people will work in this interactive museum — tour guides, technicians, electricians and other professionals, said Bakhtiar Izmailov who coordinates the project in Kazan. Photo: kulpin.ru

A feature of the project in Kazan will be the inclusion of stories on the history and culture of Tatarstan.

''In each region we develop the exhibition in cooperation with the local scientific community,'' continues to Yesin. ''In each hall there will be a separate stand dedicated to the history of the region. The history of Tatarstan is very interesting and rich.''

According to him, there was the agreement with Tatarstan government on the ''single window'', which would be responsible for the content. This role was assigned to the Tatarstan Academy of Sciences and its division — the Institute of History named after Sh. Mardzhani.

However, there some difficulties when creating the exposition. As Bakhtiyar Izmaylov noted, it is difficult to fit the local history in the allocated frame. Besides, the federal content is presented by the periods under specific Russian rulers, but the history of Tatarstan and Tatar people has its own ancient traditions of statehood.

''Before Ivan the Terrible, the Tatar history has its own timeline with its relevant periods, with different reference points, different from the federal content,'' says the Kazan historian. ''In this respect, we have to adapt to the structure of the federal content but to show our view of history in each specific epoch.'' 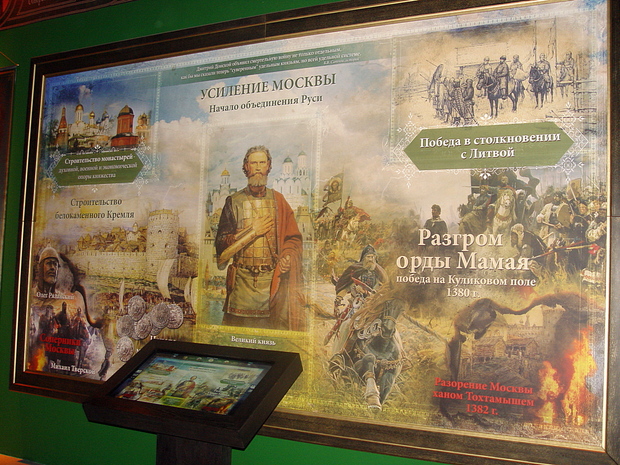 The federal content is presented by the periods under specific Russian rulers, but the history of Tatarstan and Tatar people has its own ancient traditions of statehood. Photo: Bakhtiyar Izmaylov

Ivan Yesin makes no secret that there are still questions in the history of relations of Moscow and Kazan, the Tatars and Russians, Islam and Christianity. However, as Izmailov assured the correspondent of our newspaper, such controversies are not ignored. For example, visitors of the exhibition can learn about the conquest of Kazan in 1552 and the subsequent policy of Christianization of the population. At the same time, the organizers tried to focus on uniting factors.

''The task of the historians — not to hide the issues but try to understand,'' added Ivan Yesin. ''We have also worked on these issues. But whether we succeeded or not, you'll know when you come to the exhibition.''