There is a tradition: every year our friends and we discuss Islamic banking at Kazansummit…

What hinders Islamic banking in Russia?

Opportunities and prospects of development of Islamic finance in Russia were discussed during a business discussion at Kazansummit 2017. Islamic banking system provides a number of advantages, the introduction of the full range of services of Islamic banking will give an opportunity to attract investments from the East to Russia. But there is a number of obstacles on the way to the goal, such as tax legislation, which does not allow Islamic banking to be competitive compared to traditional one. The mistrust to the government also inhibits the development, experts say, at any time they may change the rules of the game. How they propose to solve the problem – read in the material of Realnoe Vremya.

Tax problems: it is more profitable to realise all transactions out of the Russian jurisdiction

The essence of development of financial institutions in Russia was precisely conveyed by the head of the department of services in the sphere of corporate taxation of Ernst and Young Aleksey Kuznetsov:

''Every year I have a déjà vu. A year has passed but we are still discussing the same problems,'' he said.

The experts present at the discussion outlined the same problems that hinder the development of Islamic financial instruments. The first thing they drawn attention to is the taxation. The obstacles are the difference in taxation of the traditional banking products and the products of Islamic financing.

''I would support the speakers from the point of view of importance of amendments to the fiscal law. The fully-fledged and effective use of Islamic financial instruments without amendments to the fiscal law will be limited and they will be uncompetitive. Today all transactions, when we compare the possibility of their realisation in the Russian law and international law, then we understand that it is more effective to implement them out of the Russian jurisdiction. It is the fact and we are looking for ways to solve it,'' says Evgeniya Vinokurova, deputy head of the management of international capital markets of Vnesheconombank.

However, experts believe that it is wrong to amend the laws too quickly, it will lead to a break-up of a large number of financial relations. Changes, even though they are overdue, but the less conspicuous they are, the better it is. 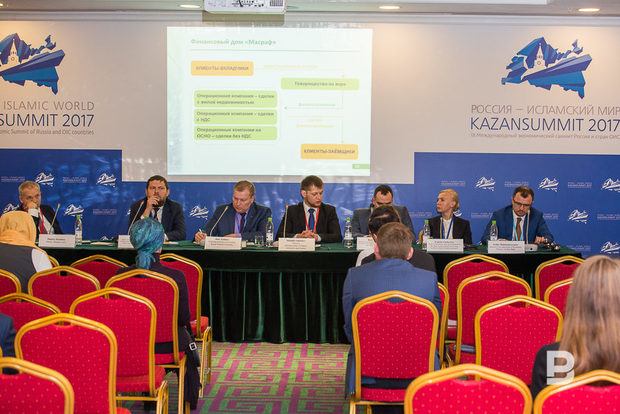 Experts believe that it is wrong to amend the laws too quickly, it will lead to a break-up of a large number of financial relations

''As for commercial loans in particular, one extra line in the tax code would be enough in order the interest for commercial loans ceased to levy with VAT. There are only letters so far. Periodically they change, 5 years ago they were saying that it is necessary to levy, now that it is not necessary...'' said Renat Edikhanov, financial director of the financial house Amal, chairman of the industry department for Islamic finance of the Russian public organization Business Russia.

What Edikhanov said is the second problem, with which everyone agreed. Nobody knows what will come up to the head of the legislators, it is risky to develop in such environment.

''If we initially agree on certain economic conditions, but then our legislators change these economic conditions, the question arises: ''Who pays for this banquet?'' It can be costs and losses of investors. And this is also a big problem,'' supported the head of the department of services in the sphere of corporate taxation of Ernst and Young Aleksey Kuznetsov. ''One extra line in the tax code would be enough in order the interest on commercial loans ceased to levy with VAT. There are only letters so far,'' said Renat Edikhanov

The problem voiced by the speaker from Vnesheconombank – the sanctions. They partly promoted to turn to the East, said Vinokourov.

''The sanctions are imposed on Vnesheconombank and other financial institutions, such as Sberbank — we're all being in the same situation. The decision was made to turn the strategy to the East and to cooperation with Chinese partners and partners of the OIC countries. As for the sanctions, what can we do — we can explain that working with us is profitable and that there are operations that are allowed,'' says Evgenya Vinokurova.

The use of Islamic finance, says Vinokourova, is justified in terms of attracting investment in the Russian economy and the support of Russian export.

The development of Islamic banking will allow to attract to the economy additional funds, in particular of Muslims, who are not carrying their money somewhere, besides, a possibility of creating competition with traditional banks will help, experts say.

Iskander Iskhakov, director of the Russian center of Islamic economics and finance identified another problem, on which other speakers did not focus. It is the lack of qualified specialists and the lack of understanding and unanimity among the target audience – people for whom the product of Islamic finance is critical from the point of view of religious belief.

''Many practicing Muslims who do not use the services of Islamic banks — usury, they call them, have no understanding what Islamic banking and Islamic product is. At first, everyone thought that it is the interest-free financing, that there is possibility not to repay, then there was the idea that it is solely equity financing, and still many people do not understand and do not recognize the products of Islamic banking, but it's a matter of time and education,'' said Iskander Iskhakov. 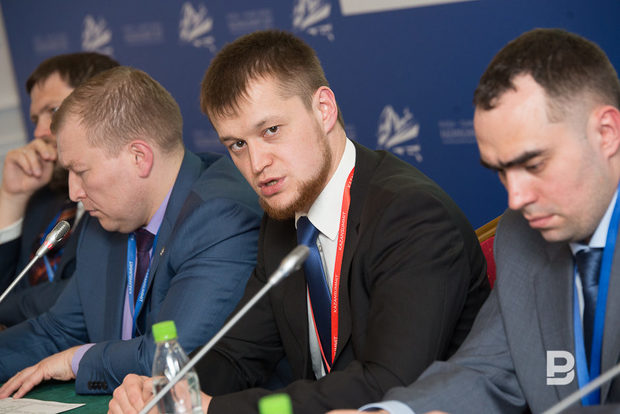 ''Many practicing Muslims have no understanding what Islamic banking and Islamic product is,'' said Iskander Iskhakov

All this rests on the absence of legislation, summed up director of Russian center of Islamic economics and finance. ''What's the point to sell products of current accounts, settlement accounts, if these products are because of restrictions may be used only for Islamic transactions?'' But at the same time, he said, you can still realise separate Islamic financial products – what is happening at the moment.

''What we have now on the market is a limited format. After the termination of the work of the Center for partnership banking, in Tatarstan there is no full-fledged Islamic mortgage with normal terms of financing, interest rates and if to speak about prospects of development of Islamic finance, one can start with simple things like implementation of individual products, such as Islamic housing financing, auto financing, and gradually as experience is gained in implementation of products, results, one can speak with a regulator about the fact that we hit a ceiling and we need new products, concessions and tax parity with traditional products,'' Iskhakov look in the future of Islamic banking in Russia.

From Yumart Finans to The Centre of partnership banking: the history of Islamic аinance in Tatarstan

It should be noted that Tatarstan and Russia (predominantly in the Republic of Dagestan) have the experience of implementing Islamic financial projects. As for Tatarstan, the first such company was Yumart Finans, the main services of which were investment deposits, commercial instalments and leasing. Then came the financial house Amal, which provided the same range of services and in addition to this — direct banking services such as cash management services, current accounts management, plastic cards and so on. In consequence, in the result of unfortunate events, the line of banking services was discontinued.

It should be mentioned the project Vostok capital of Credit Bank JSC, which provided banking services and financing services through leasing, but in connection with the reorganization in March 2014 its activities on providing services of Islamic finance was discontinued.

One of the latest projects – the Center of partner banking that existed for a little more than a year and in connection with the collapse of Tatfondbank and Tatagroprombank ceased to exist. 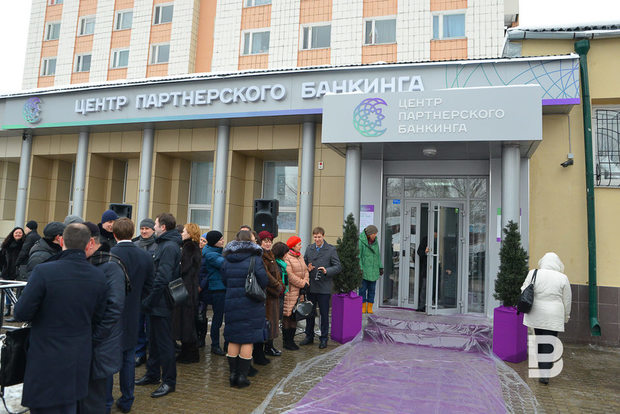 One of the latest projects – the Center of partner banking, which existed for a little more than a year

The history, as one can conclude from the biography of Islamic banking in Russia, is not so happy, nevertheless, experts believe, there is the experience in creating individual financial institutions, the implementation of Islamic financial products, rich experience of Shariah expertise – all this gives a good chance to reach new level of development of Islamic finance.