Russian psychologists are concerned about Masha and the Bear series

Russian media are spreading the news that the Masha and the Bear series has taken the first place in the ranking of the most harmful for the child's psyche animated series. Neither the authors of the research nor its source are designated. Such accusations against the series appear regularly, however, that fact does not prevent it from being one of the most popular. However, the psychologists are really concerned about a potential negative impact of the main character's behaviour. However, according to experts, the problem is not so much the series itself as the duration of its viewing and indifference of the parents.

Masha and the Bear has surpassed Sponge Bob by health hazard

On the Internet there has recently appeared the news that one of the most successful contemporary Russian projects for children, the Masha and the Bear series, is called to be the most harmful animated series for the psyche of children. The network newspaper planet-today.ru has published a study of Russian psychologists, who have studied the effect of various popular series on the psyche of children and made the top most harmful animated series. However, the media do not give either the authors of the study or a link to the source.

However, it explains in detail why the Masha and the Bear series has turned out to be the leader of the rating. The thing is that the main character Masha acts up and behaves badly with impunity. Children may learn from the manner of her behavior and not to understand why they are doing something wrong.

The second line of the rating belongs to an American animated series about the girls-monsters Monster High, where the vocabulary used in conversations between the main characters can significantly damage vocabulary of kids. Third place goes to the Sponge Bob Square Pants, where the protagonist is too selfish creature, constantly criticizing adults. The Tom and Jerry cartoon, where the mouse constantly mocks the cat, and Tom, in his turn, constantly shows aggression, takes the fourth place. Masha and the Bear is an animated series, produced by the Russian Animaccord Animation Studio at the end of 2000s. The first episodes were released on 7 January 2009. In each episode, a mischievous little girl Masha plays active and sometimes dangerous games, from which most often the other character – the Bear — suffers, and his property. Each episode has a happy end. Other animals also suffer from hyperactive Masha.

The sharp girl and the good bear immediately gained crazy popularity among children and adults and received rave reviews from critics. The project quickly exceeded beyond the animated series, becoming one of the most popular franchises, and the borders of Russia. The Masha and the Bear series is shown in Japan, China, the USA, Canada, Europe, and the Animaccord Studio earned $225 million in 2015. In last July, the animated series Masha and the Bear joined the list of The Animag 250: TV Shows Destined to Be Classics of the authoritative Animation Magazine. A year later, the magazine included its author Oleg Kuzovkov in the list of animators who have made an invaluable contribution to the development of the industry.

Despite this, Masha and the Bear with enviable regularity gets in various reviews as harmful and dangerous series. 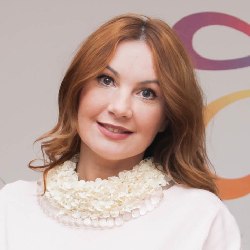 'All media are full of that fact,' says Elvira Moiseyeva, the head of the First Academy of Training for kids 5+ of the company TeamSoft. 'The message has really stirred up teachers and parents, because children love the series. Many even have some sort of addiction to it.'

It is unknown how the authors receive such messages. The members of the creative team refuse to discuss that topic, and the PR service of Animaccord could not give a position of the company by the moment of publication.

Destructive Masha or 'an educational guide'?

As the psychologists note, the behavior of Masha can really have a negative impact on the development of children. 'Masha in the series very often misbehaves, and the second main character, the Bear, all the time puts up with it and does not try to bring her up – it is on the one hand,' explains Yana Karina, a psychologist, a gestalt therapist of the Cabinet of psychological help Tochka Opory. 'On the other hand, she is very bothersome, hyperactive girl that can stimulate the same behavior among children who watch this series.' Yana Karina notes that 'children at that age do not receive the series critically, criticism to the works of art appear at older age. In other words, all this without any filtration gets not only in the consciousness but also in the sub consciousness.'

Besides, according to the psychiatrist, the series can also have a positive impact: 'If to receive that series not too serious and to take it as entertainment, I think there won't be any harm. I do not consider it necessary to limit viewing of this series, you just need to limit the time spent in front of computer monitors and TV-screens. Besides, you should constantly tell children that everything that Masha does is a fairy tale, it is a game and people should not behave that way. You can even use the series as an educational guide, 'let's talk about what Mary has done. Is she right or not? What would you do in this situation?' Any work, if used wisely, can be a benefit of education. It is important to control the process of viewing of this series.

Harmful masterpieces by Nickelodeon and the cartoon format itself

At the same time, according to Yana Karina, some foreign series can be much worse than the native Masha and the Bear: 'I have a very bad opinion about Nickelodeon cartoons like Sponge Bob, CatDog. I don't like when such infantile and silly characters are shown. Anime is also not for children's psyche, though now many children are crazy about them.'

According to Elvira Moiseyeva, the cartoons are harmful in large quantities: 'The involvement with this format is confusing because there are factors that are limiting. It is a rapid change of pictures, models and roles that are demonstrated there and pedalled. Gradually we need to teach children other recommended forms of activities — creative, artistic, theatrical activity. I would like to talk about the restriction of media, including TV, for a child. Maybe we need a different form — watching of slide films (the introduction of practices that used to be in the Soviet past — the evening sessions, where the families gathered all together). It is very easy and convenient to put a child in front of the TV, turn on Masha and the Bear and forget. We thus facilitate our work.' Some foreign series can be much worse than the native Masha and the Bear. Photo: bobworldlands.ru

Experts say that teachers and psychologists have long determined the time limit on viewing cartoons – up to 15 minutes for younger school children. However, they emphasize that many of these rules are not followed. Even more damage for preschoolers, according to the psychologists, are the mobile games.