''Whom do we bring up — patriots of Russia or those who want to make France out of it?''

Vice-rectors for educational work will appear in universities, and scientists will have Day of Tatar Science

In Tatarstan, there are 46 universities, 147,000 students, the republic ranks first in the Volga Federal District by the number of students and 7th in Russia. On Day of Russian Science, rectors of universities met with Rustam Minnikhanov in the Kazan Federal University. Minnikhanov criticized that scientists from Tatarstan rarely win state awards and concerned about the education of students, so that they ''did not make France'' out of Russia. The rector of the university asked for a new hall of residence for foreigners, converted students into money, and warned that the schools under the programme Adymnar may be left without teachers of the Tatar language.

Catalysts are tested in Cuba, and joints — on rabbits

In the lobby of the Kazan Federal University, there was shown an exhibition, where, apparently, using the right of the host party, only the Kazan Federal University presented its developments. Minnikhanov stayed at each stand, but showed most interest in agriculture and oil production (judging by the time spent near these expositions). It turned out that many inventions of Kazan scientists exist not only in laboratories, but also received practical application. The president was shown a cone, in which there was a brown liquid — oil-soluble catalyst. It is pumped into the well, increases oil production and reduces viscosity.

''We have agreed with Zarubezhneft, a pilot batch was produced for them, and in March an injection in Cuba is taking place,'' said Mikhail Varfolomeev, the head of priority research area Econeft of the KFU.

The catalyst is based on metals — cobalt, nickel, copper. ''What will be the rise in price per tonne of oil?'' said Minnikhanov.

''We considered that to recoup, it is necessary to extract 10% additionally. If it is 20% — we already double the economy,'' said the scientist. Many inventions of Kazan scientists exist not only in laboratories, but also received practical application

Kazan not only develops technologies, but also uses local materials. The biomedical doctors of KFU have developed a hip implant.

''After computer tomography, a 3D model is created, which is printed from polystyrene produced at Nizhnekamskneftekhim, then we impregnate this form with wax and send it to Zelenodolsk Plant named after A.M. Gorky, where the joint is cast from titanium,'' said Regina Kashapova, a graduate student of the Department of Biomedical Engineering.

Artificial joints are being tested on rabbits.

100 million a year for Algarysh grant

''We saw many interesting young scientists at the exhibition, not just with ideas, but with projects that can be competitive,'' Minnikhanov said at the meeting with rectors. Then he note that there are still small number of state awards in the field of science and technology in Tatarstan.


''Fifteen works were put forward, seven were rejected. Prizes were awarded to two of them — it says that we are not doing enough.''

Tatarstan has Algarysh programme, within which talented students and graduates are sent abroad to study. Minnikhanov urged to replace long-term training with short-term courses, because some participants have time to settle down and do not come back. Over 15 years, 4,000 people have studied under the programme Algarysh, the cost of funding annually is 100 million rubles. This year, it is planned to train 250 people at the expense of the budget, the cost of one participant is 400,000 rubles. ''We saw many interesting young scientists at the exhibition, not just with ideas, but with projects that can be competitive,'' Minnikhanov said at the meeting with the rectors

But the students who have been abroad can bring not only knowledge, but also values alien to Russian ''bonds''. To counter this, Rustam Minnikhanov proposed to introduce the full-time position of vice-rector for educational work in universities with more than 8,000 students.

''Whom do we bring up — patriots of our country or people who want to make France out of Russia?'' the head of Tatarstan clearly explained the need for the new position.

The VIP guest of the meeting of Kazan rectors was Marina Borovskaya, the deputy minister of science and higher education of the Russian Federation. She also spoke about the education of students. According to her, there is patriotism only when a person feels that his country needs him.

Rector of KFU Ilshat Gafurov asked Minnikhanov about a new hall of residence for students. He said that there are 14,200 foreign students in Tatarstan, they could be even more, but they have nowhere to live.

''The expenses for about 7,000 foreigners increase sales in the service sector by 3 billion rubles, tax revenues will increase to 600 million rubles annually,'' Ilshat Gafurov converted students into money.

He also raised a painful topic — the training of teachers of the Tatar language. Now the KFU, Academy of Sciences of Tatarstan, and Institute of Education Development at the Ministry of Education of Tatarstan are engaged in the development of teaching methods. ''Unfortunately, today we are all accountable and we all work, but everyone makes individual pieces that we cannot sew together,'' Gafurov lamented and proposed to create a special centre and to make the KFU in charge of it, of course.

What is more, it is necessary to solve the problem with new methods of teaching Tatar as soon as possible. In major cities of Tatarstan they are going to build the Tatar-English-Russian school Adymnar, but there will be nobody to teach the Tatar language in them.

''There is no doubt that schools will be built, but as for the training of specialists — we will not do it quickly. It is at least 4 years,'' Gafurov warned.

A coordinator will be appointed for ethnic education, and Tatarstan scientists will be given their day

''The issue of ethnic education — I agree that we need a centre. Now the KFU is engaged in it, we have a centre in the ministry of education, the Institute of History has a centre for the theory of ethnic education, and, of course, we need a coordinating body to work with mutual trust,'' agreed President of the Academy of Sciences of the Republic of Tatarstan Myakzyum Salakhov. ''Science Day is a good offer. Therefore, we are accepting it,'' Minnikhanov approved the new holiday

In conclusion, Minnikhanov again drew attention to the fact that science is an important element of the country's competitiveness.

''That failure when the attention of the state weakened, the system was broken, — we see what it is fraught with. There are provisions, federal support, and we with companies should also work. It is necessary to carry out educational work, to form new citizens of the country who will define the future,'' he said.

Ilshat Gafurov asked for a favour — to establish Day of Higher Education and Science of Tatarstan Worker: ''So we could in solemn atmosphere not only discuss the problems, but also award the appropriate awards.''

''Science Day — a good offer. Therefore, we are accepting it,'' Minnikhanov approved the new holiday. 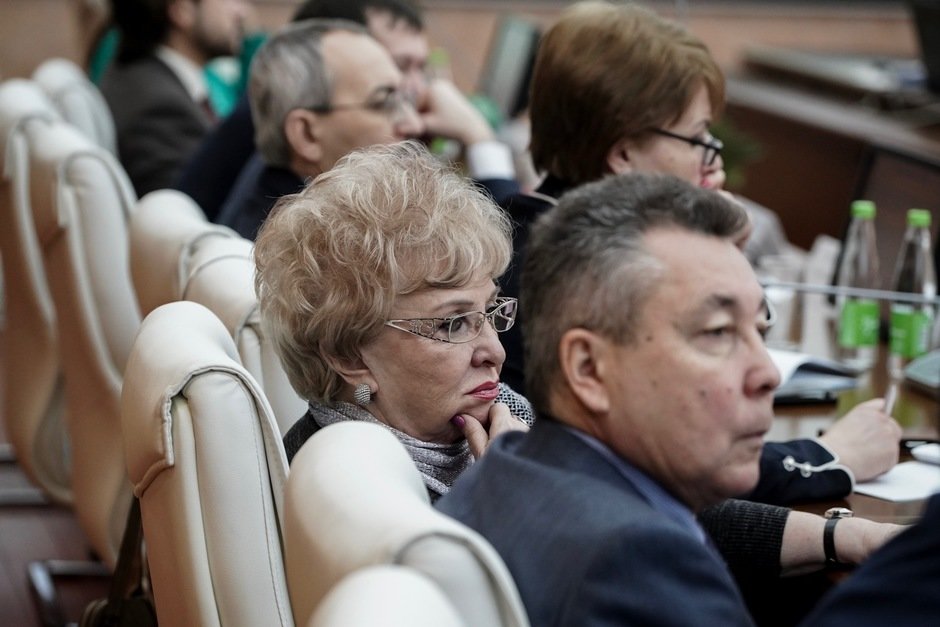 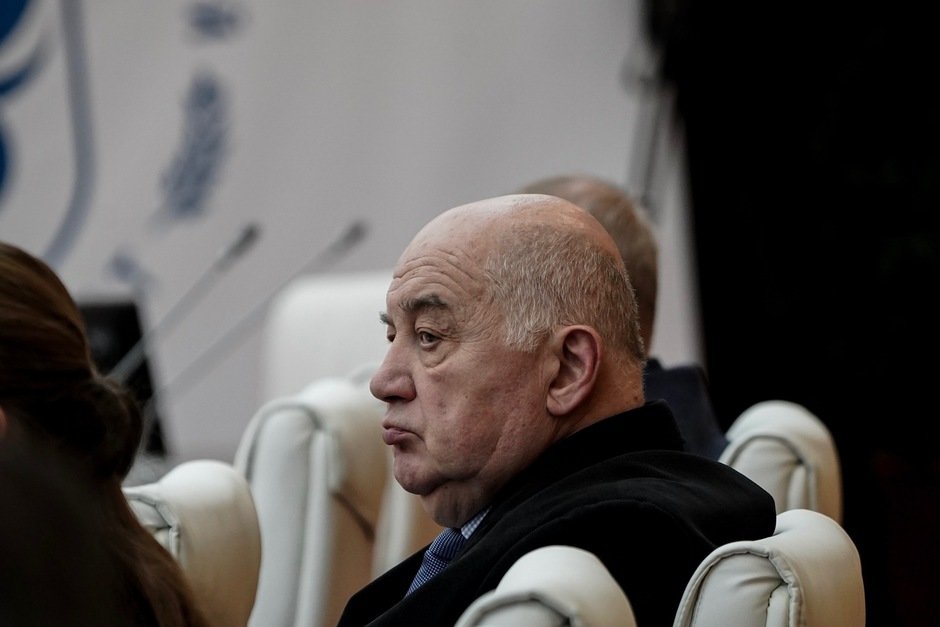