''Now they are going to be taken for martyrs'': why new term for Kokorin and Mamaev superfluous

Another extension of the detention of Alexander Kokorin and Pavel Mamayev in jail, about which it became known on 6 February, this time has not caused unconditional delight in the country. If at first the Russian inhabitant bloodthirsty rubbed hands, now the process, which has resulted in the expected outcome, already hasn't found such unanimous understanding — at least, in the world of sport. The sports edition of Realnoe Vremya talked to lawyers, agents and athletes and came to conclusion that ''the third term'' was superfluous.

Even on the day when it became known that the prosecution appealed to the Tverskoy district court of Moscow with a request to extend the arrest of Mamayev and Kokorin, the defendants' attorneys, as if knowing in advance the outcome of the hearing, admitted their own impotence in the face of the Russian court and investigation.

The defender of Kokorin senior (from two Kokorin brothers) Andrey Romashov, for example, complained that our judicial authorities look in this situation like a branch of investigative authorities:

''They can both release and put in jail in our country. The investigation can do everything, we — nothing. Everyone is already sick of this attitude. There is no individual approach. I don't understand why we need this justice. It would be easier if investigators just arrested people right away,'' the attorney said.

However, the attorneys still achieved some progress with such statements. If initially all Russian sports (and not only) society demanded ''blood'' and indispensable punishment for the two cocky athletes, then after the latest extension of arrest term the relation both to the process and to the accused ''thawed out'' a little. Today, we see almost opposite sentiments in the press and social networks. 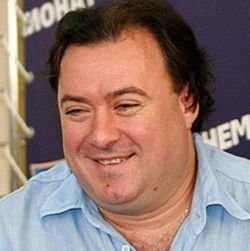 ''I think this is a scathing rebuke,'' famous football agent Aleksey Safonov shared his opinion with Realnoe Vremya. ''They could have rendered a verdict already long time ago, but it turns out that they have been investigating the case for already four months. It just has already received such a resonance — someone wants to prove something to someone.

I believe that life has already taught these people, they have already been in jail enough. For a professional football player such a period without training is just… Well, at least Zenit is showing respect, applied to UEFA Europa League, give a chance to the guy (Kokorin – editor's note). But as for Mamaev — Krasnodar is already looking for an opportunity how to break the contract,'' said Safonov.

Metamorphoses in relation to Kokorin can be noted in the captain of basketball UNICS, Anton Ponkrashov, who back in 2017 sharply condemned the shock value character of Alexander in social networks and antics with a gun, and in a recent interview with Realnoe Vremya gently, but stood up for the counterparts.

''If someone can get away with something, the athletes – cannot, and that's right. After all, a huge number of people watch them. The same subscribers, for example. We have special attention to football in general. Sometimes it seems that people just wait for players to make a mistake. I don't want to take anybody's side, but I insist on the position: any athlete has to be ten times more responsible and he has to watch what he does and speaks,'' Ponkrashov told in the interview to our edition.

His friend, volleyball player of Kazan Zenit Aleksey Spiridonov agrees with this position. 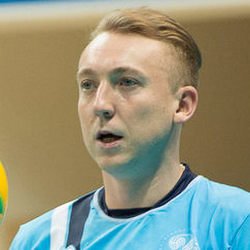 ''I believe that four months is enough for them to think about their misdeeds. They're not criminals, no one was killed, no one was raped, but apparently the court decided to arrange a scathing rebuke of the athletes to teach others not to act this way. Again, I think that four months is enough. If to extend, it can end in nothing good. It's not even in the knees of Kokorin — prison, damp concrete room add health to no one,'' said Spiridonov.

Of course, it is possible to say that the court's decision was predictable — there were not so many significant arguments in favour of the release of the players. It came to the point that when it became known about a possible extension of the arrest for another two months, the forward of Zenit resorted to desperate measure and apologized, albeit in a veiled form.

''Hello! I, Alexander Kokorin, want to apologize to my fans, the guys from the team and the coaching staff. For the fact that I let them down and can not help with my participation in the training process and competitions. I have fully learned the lesson, prison contributes to this, I would like very much to be released, actively engage in sport and devote all my free time to my family. Thank you very much for your support, it is always important for me both in prison and at large,'' wrote the Zenit forward.

As you can see, in the letter, more like a note of a guilty schoolboy, there is not a single apology to Denis Pak or Vitaly Solovchuk, whom he and his friends beat in October 2018.

But we assume that in the decision the court proceeded directly from the hearings, it is unclear what the defenders of the defendants expected, taking a markedly aggressive position on the charges of the judge of the Tverskoy district court of Moscow, Olga Zatomskaya, of incompetence and rudeness towards her. The attorney of Kokorin Jr., Vyacheslav Barik, for example, mocked the judge. And the defender of Kirill Kokorin… doubted the intellectual abilities of his client.

''Considering the age of Kirill, his occupation, real opportunities, intellectual including, with all respect, I don't see the bases to keep him in custody,'' the attorney said.

Attorney Tatyana Prilipko, protecting the interests of the fourth defendant, Alexander Protasovitsky, questioned the competence of Zatomskaya, accusing her of botch work and hinting that the court decision was known in advance. The defense of Alexander Kokorin was based on the fact that the player was injured in 2018, underwent a surgery, and now he needs rehabilitation procedures, otherwise he may remain disabled. Photo: fc-zenit.ru

Kokorin's bad knee is not an argument for the court

The attorney of Igor Bushmanov, representing the interests of Mamayev, complained about the red tape in providing protection of the investigation materials.

''It is absolutely simple criminal case which could have been closed in 2018,'' he told. And then he added that Mamayev's side is ready to make a previously proposed pledge of 6 million rubles or more.

Sports lawyer Evgeny Kukanos in an interview with Realnoe Vremya supported the colleague:

''Of course, there are some violations in this process. Still, investigations are to continue for a certain amount of time, they can't go irregular or a year, two, three. In a couple of months, everything should become clear — there should be data, charges. Here everything is obvious, no evidence base is required — it exists. Everything is visible, everything is clear, everyone gave testimonies. Nobody argues — they are guilty. Here it is necessary to make a decision and to sound it, instead of ''tormenting'' the accused. But now it will grow into the fact that they will be taken for some martyrs, and a negative attitude to all this performance and the judiciary will begin. Everyone understands that this is an educational process. But it also cannot last forever, it should be on time and on a good note for the tutor to pause to show that all this had the right consequences. But now they really make Jesuses of them: they say, they committed a misdemeanor, suffered, realized, but now they continue to suffer,'' said Kukanos.

The defense of Alexander Kokorin was based on the fact that the player was injured in 2018, underwent a surgery, and now he needs rehabilitation procedures, otherwise he may remain disabled.

''I insist that there were no hooligan actions on the part of Kokorin. The pre-trial restriction was chosen on the basis of false testimony of the victims. Kokorin can become a disabled person: he faces a replacement of his knee joint on the right leg,'' Andrey Romashov noted.

However, according to Evgeny Kukanos, such arguments have no weight for the court.

''The judge doesn't care about this. You should understand that he makes a decision basing on the facts. <…> Humanly we feel sorry for him, but for court it is not an argument.

I know by the nature of my activity that people in the postoperative period should receive a certain load and should do it in time. And if that load is not received, then the injured place recovers differently. Maybe longer, maybe not fully recovers. Maybe he needs that foot to ''be pinned'' or do special exercises, which in the detention centre are impossible to do,'' said the attorney.

''Theoretically it is possible,'' Aleksey Safonov continued the subject of injuries. ''I always emphasize that there are no absolutely healthy players. Everyone says they get a lot of money. But I know no player who has not suffered at least two operations in his career. Someone has a bad hip joint, knee, or groin. The sport is traumatic and it does not add health. And considering that you have to maintain yourself in good shape, and in a pre-trial detention centre there are no normal conditions for trainings, as well they do not do necessary injections there, — then, of course, any relapses are possible,'' the agent and ex-football player concluded.