The price of Brent crude oil on the London Stock Exchange fell by as much as 7,8 per cent on 20 November — below $62 a barrel. It had been the most significant drop since mid-February, but soon there was observed a slight increase, which continued. Realnoe Vremya with the assistance of experts found out the causes of price fluctuations and assessed their possible consequences for Tatarstan oil companies and the budget of the republic.

The chronology of the drop

Brent crude oil on the London Stock Exchange fell by as much as 7,8% on 20 November and reached $61,76 a barrel. Fifteen minutes later, a rollback was recorded in the opposite direction, but it was insignificant. This was happening against the background of a slight weakening of the ruble: the dollar at the Moscow Exchange on 20 November increased by 66 kopeks, and the euro — by 14 kopeks.

The situation on the oil market was developing in full accordance with the recent forecasts of the Central Bank of Russia and Minister of Energy Alexander Novak, according to which the price of oil in the long term, by 2020-2021, is expected to fall to $50-55 a barrel. Some experts saw the analogies with the years 2008 and 2014 behind the market fluctuations when the continuous drops in oil prices had negative consequences for the Russian economy. Economists also spoke about the threat of investors withdrawing funds from risky 'oil' projects and, as a consequence, a threat to the economic stability of the country. However, the interlocutors of Realnoe Vremya see in the events on the London Stock Exchange pros rather than cons. ''First, the oil price collapsed because Trump said he was not going to impose sanctions on Saudi Arabia,'' economist Nikita Krichevsky dismissed the assumption of the correspondent of Realnoe Vremya about the good reasons and long-term consequences of the current 'volte-face'. ''Second, it has already grown back today. Third, it is a purely speculative game! Today, the price of oil is ok — $63, and the Russian budget is surplus, it is formed on the basis of $43,8 a barrel. The ruble is steady — the media clung to the reason, which is not true!''

''I've also seen such judgments that the rate of oil decline repeats the rate of declines in 2008 and 2014,'' economic analyst, orientalist and partner of the consulting company RusEnergy Mikhail Krutikhin supported the colleague. ''But I would regard this as a combination of purely technical reasons and Trump's official statement about his attitude to the Crown Prince of Saudi Arabia. Naturally, the market is reacting very strongly to this statement.''

Krutikhin does not see any prerequisites for a repetition of the previous years:

''It is very difficult to predict how events will develop in the future. There is an assumption that Trump deliberately gave 180 days for a respite to Iran — from imposing sanctions on the sale of oil by the eight largest countries — consumers of Iranian oil. The respite was needed to complete the construction of infrastructure facilities in the United States over this period, the absence of which now prevents the expansion of oil exports from the US. After all, in West Texas and some other places there are not enough oil pipelines and even railway tanks to export the extracted oil. And over this period, six months, they plan to expand these bottlenecks, so that America significantly increased its exports and crushed oil prices even more. In principle, such tactics is expected to yield results. It seems to me that if there are no surprises, for example, military-political conflicts or any other, the price of oil is likely to be averaged around a certain level in the near future, as it was in 2015 and 2016.'' 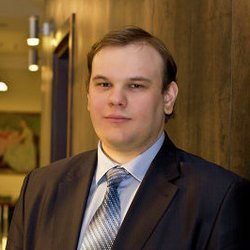 ''As for the analogy with 2014, it is not working,'' deputy director of ACRA corporate ratings group Vasily Tanurkov agrees with his colleagues.

''Now as then, there oil production in the US is growing quite fast, but all actions are now coordinated by OPEC and OPEC+. Moreover, the production today is seriously growing almost nowhere except the United States. The states that increased production in the second half of the year did so within the framework of the agreements. In addition, in 2014 another factor affecting the oil price was a stronger dollar. Now this is partly also working, the dollar has strengthened significantly, but the situation is fundamentally different, because the US economy is being in the late phase of growth, and next year the dollar is more likely to drop against world currencies,'' said the expert.

How much a barrel will cost

''In 2014 and 2015, the oil price was about $45 a barrel on average,'' Mikhail Krutikhin reminded in response to the question on how much, in his opinion, oil should cost. ''Now it seems that the market can choose an average of about $65 a barrel, and for some period, no one will particularly bother on speculation in the paper market – everyone will base on supply and demand. If there are no surprises, we can expect some stabilization in the oil market.''

''I think that before the new year we will see the price of $50, and later — even lower,'' director of the analytical department at Alpari Alexander Razuvaev shared his forecast with Realnoe Vremya.

''In the future, the currency factor will not play such a role [in determining the price of oil], and as for the excess supply, the next meeting of OPEC and OPEC+ is scheduled for December 7, and the agreement is highly likely to be extended or some new restrictions to be introduced, and perhaps even a decline in production for 2019,'' suggested Vasily Tanurkov. ''I think that OPEC+ will be able to mitigate this decline to some extent and the year 2014 will not happen again. In principle, we are talking about that the states which had not previously participated in the OPEC deal — Libya, Nigeria and partly Iran – now can join it, the negotiations on this are underway. So, discipline will increase. As for the economy, the price of even $60 suits us, in general…''

How will it benefit Tatarstan?

How can the perturbations on the oil exchange affect the Russian economy as a whole and how it can benefit Tatarstan, where oil remains one of the cornerstones, on which the welfare of the republic is based? 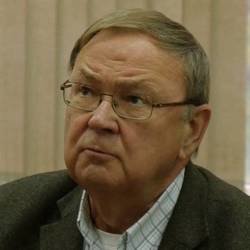 ''I think that oil exports, including from Tatarstan, will continue at the same level,'' predicts Mikhail Krutikhin.

''We see that the oil production in Tatarstan is not only not falling, but, on the contrary, even growing — in comparison with Western Siberia, for example. Since there are many small companies in the region that are ready to go for innovation and risk, and Tatneft acts very competently, I think that the level of oil production and export in the region will remain. But the sale price will be slightly reduced. But this will have a minimal impact on the oil companies, as the state takes most of the additional revenues from the oil price. The state revenues linked to this price — mineral extraction tax and export duty — will be reduced. But companies may even get a small benefit from it! Here the budget revenues will decrease, and, respectively, some budget items can be sequestered so the population feel it,'' he considers.

''This year is unique for us: we have a cheap ruble and expensive oil, and it is beneficial to all regions-exporters, including Tatarstan,'' emphasizes Alexander Razuvaev. ''Everything else, by and large, are local factors. From the point of view of the budget of the Russian Federation and Tatarstan, the current drop in prices is not terrible, because we have very serious reserves. The losses caused by it will be partially compensated by the weakening ruble, although it is already quite cheap. What will happen next year — we will see…'' 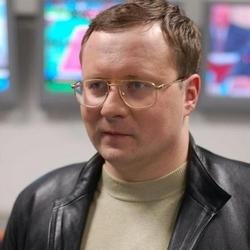 ''If there is a large-scale crisis, there will be a sale on all raw materials assets. Everyone has already got used to this volatility over the last ten years, but in Tatarstan in the last years a lot has been invested in the petrochemical industry and in general everything connected with oil and, therefore, the dependence of the budget and businesses on fluctuations in oil prices has declined. This is really a serious achievement!'' Razuvaev said.

''As I already have said, the price of even $60 a barrel is economically quite comfortable for Russia, and I think that in 2019 it will be higher,'' says Vasily Tanurkov. ''Of course, there are threats associated with the growth of oil production in the US, but they will become serious only in the second half of 2019, when pipelines will be put into operation in the US. For now, American companies do not have the ability to export and transport oil, there is not enough infrastructure. For Tatarstan, the situation compared to 2017 has not deteriorated.''

Tanurkov noted that the second and third quarters of 2018 were extremely successful for Russia and Tatarstan, but the main advantage is that these revenues have not been spent yet, because they were not considered as stable, therefore, he concludes, ''the fall in oil prices cannot seriously hit the budget.''