Business gets better. Russia rises in Doing Business, but not high enough

Russia is ranked the 31st instead of 20th, which Vladimir Putin expected

Russia has taken the 31st place in Doing Business ranking, pushing out France from this line. The state's position in the ranking is strengthened annually: since 2011 it has risen by almost 90 lines. However, Vladimir Putin's May Decree stipulated that progress would be faster: in 2018, Russia was to be the 20th. Experts interviewed by Realnoe Vremya believe that it is not so difficult to enter the top 20, but it is another matter that the promotion in the ranking does not always mean a real improvement in the business climate.

The World Bank has published Doing Business 2019 — an annual report on the state of the business environment in 190 countries. Russia has risen by 4 positions in it compared to the previous year and has taken the 31st place, pushing out France, which is now inferior to Russia one line. The ease of doing business score in Russia is 77,37 (for comparison: the leader of the rating — 86,59, the outsider — 20,04).

According to World Bank estimates, Russia has managed to achieve progress by a number of criteria: to facilitate the obtaining of construction permits and to shorten the waiting time, to increase efficiency and reduce the cost of the connecting process to the grid, to improve the mechanism of receiving the documents for export. However, the overall ease of doing foreign trade has remained almost unchanged over the year. It also has not changed in terms of protection of the rights of minority business owners. New Zealand has taken the first place for the third time in a row. Photo: Stug.stug / commons.wikimedia.org

New Zealand has taken the first place for the third time in a row. The top ten includes (in the right order) Singapore, Denmark, Hong Kong, South Korea, Georgia, Norway, USA, UK and Macedonia. Compared with the previous year, there has been almost no changes in the top 10, except that Sweden dropped out. Somalia has become the outsider of Doing Business. Eritrea and Venezuela are ranked close to it.

All four BRICS states have improved the overall ease of doing business score. In total, Brazil, Russia, India and China have risen in the ranking by 19 points. In all these economies, there is observed a progress in terms of electricity availability, reforms have been carried out everywhere to simplify foreign economic activity.

In general, over the past 2-3 years, all major emerging markets (China, India, Nigeria, South Africa, Indonesia, Russia) are committed to implementing policy reforms, said Sylvia Solf, the head of the World Bank Group's Reform Advisory Unit, ''The fact that they are doing this is groundbreaking.''

The raised Russia's position in Doing Business was one of the goals of the first May Decree of Vladimir Putin. According to the decree, in 2015 Russia was to be ranked the 50th, and in 2018 — the 20th. Despite the fact that since then Russia has added 89 positions (in Doing Business 2012 it was the 120th), the strategic points did not converge. Thus, in the rating of 2015, it was only the 62nd, in 2016 — the 51st. The 20th place, which Putin counted on, in the current ranking is taken by the state of Mauritius. 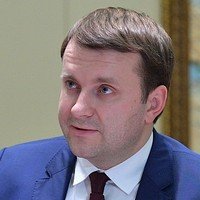 Minister of Economic Development of the Russian Federation Maksim Oreshkin is not completely satisfied with the rating of Russia. According to him, taking into account the reforms carried out in recent years, it would be fairer to rank it the 18th. ''There is a large number of reforms that we have carried out in 2017-2018, which have not yet been recognized by the World Bank. They have to be digested in order to be taken into account,'' the minister told reporters.

He added that the ministry of economic development makes its own calculation, ''We understand where we would be if not all the reforms that, in our opinion, have been objectively carried out and already affect the real administrative procedures — if they would be taken into account.''

Nevertheless, according to Oreshkin, the goal to enter the top 20 countries remains, it is necessary to work on it. ''There is already the groundwork for this in many ways. But at the same time, we need to look at the investment climate more broadly. Not only in terms of administrative procedures, but in general, in the broad sense of the word,'' the minister said.

''A favourable climate is the attitude to business at all levels''

Yury Simachev from the Institute of Applied Economic Research at RANEPA believes that the task to enter the top 20 of the rating is ''quite solvable'' if the state uses for this the political and organizational resource. 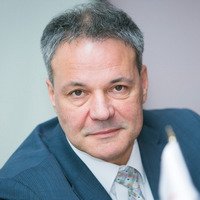 However, the progress in the ranking does not necessarily mean the improvement of the business environment, ''There is no direct and immediate link between the country's position in Doing Business and business sentiments, attractiveness for investments. Along with the reduction of barriers and time costs for certain procedures (this is what the rating focuses on), there are more important aspects. They are connected with entrepreneurial attitudes, with the quality of public administration. A favourable business climate is not only the expenses for doing business, it is the attitude to business at all levels.''

According to Simachev, some of the World Bank's points can be called controversial. For example, the authors of the rating point at positive changes in the tax field, while in reality there is ''a certain, albeit small, movement in the opposite direction'', ''As studies show, tax cuts do not always stimulate investment activity, but the increase in taxes — discourages for sure.''