Shai Granovsky: ''With the new factory in the Baltic area, we bypass sanctions''

The owner of The Live Coffee Group of Companies tells about production in Great Britain, export to the USA and renaming as Live Group

Investment banker Shai Granovsky purchased Safari Coffee, which owns The Live Coffee brand, seven years ago. Today his enterprise is the only one in Russia to have a patented roasting technology allowing to conserve beneficial characteristics of green coffee, produce up to 30 tonnes of products a day and generate 2bn rubles of revenue a year. In an interview with Realnoe Vremya, the president of The Live Coffee Group of Companies told about plans to develop the chain of coffee shops in Kazan and how to grow faster than the market.

You work in several areas, which of them makes the biggest profit?

We produce many products, packaging, capsules, sachets of any size branded as The Live Coffee. And this brand makes the biggest profit. We're a leader in Nespresso capsule production in Russia. And now we're launching Dolcegusto capsules – it's the second most popular format from a perspective of demand – and Lavazza Blue capsule production line. It's probably the third most popular format. We also have Drive for Life instant coffee and honey soufflé with dried fruits called Le Petit Nuage.

This year we considerably expand our product line, and the fourth line branded as Live Tea and yummy Japanese cookies called Arigato will appear till the end of the year.

Yes, when I was on Hokkaido, I peeped a recipe. The main idea is that this cookie isn't very sweet and it has very convenient, bright packaging – a cup that can be taken anywhere: to the car, to work, to give children as school snack, to take to university… It has quite a wide range of tastes: ginger, vanilla, chocolate, peanut and almond.

So we will change the name at the end of the year and will be called Live Group because the product line is including a related area. We aren't just a coffee making company any more.

How did you decide to make honey cream?

We have a small chain of small shops through which we test consumers' preferences by doing a tasting. We saw the honey cream was the third most popular product after tea and coffee. And we thought we needed to become a pioneer with this special and still unknown product. And now we already hope to export it. We see big potential in China and in the East, in general, but also in the West. We have ambitions to start honey cream exports to the USA too. 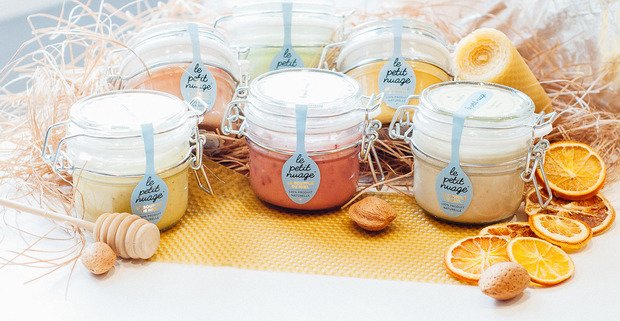 This cookie isn't very sweet and it has a very convenient, bright packaging – a cup that can be taken anywhere: to the car, to work, to give children as school snack, to take to university…

What's the revenue of the group of companies?

A bit less than 2 billion rubles.

How much is the growth compared to last year?

What growth potential in coffee consumption does Russia have as a tea drinking country? What's the consumption level now?

The consumption level grows. Ground coffee consumption growth paces in Russia total from five to seven per cent on average each year. Russia is still at the beginning of the road from a perspective of consumers' preferences.

Our north-western neighbour Finland is the number one country in coffee consumption per capita. They drink about 15 kg per person a year. Russia doesn't drink even 1,5 kg. The potential is huge.

It means you grow faster than the market.

Yes, coffee shops are the main driver of grain coffee consumption growth in the country. We also started to work in this area and launched a chain of The Live Coffee shops, which also grows well and develops now.

How many coffee shops do you have now?

15, and they are all in Moscow at the moment, but we have ambitious plans.

Whose feedstock do you use?

We import coffee from almost 40 countries of the world. Brazil, Vietnam, Colombia, Indonesia, Ethiopia are our major suppliers.

What's your geography of sales?

We're represented in all trade chains from Kaliningrad to Petropavlovsk-Kamchatsky. We also sell in CIS countries, except Ukraine. We have our own contract-based production in Great Britain. We supply coffee to several small chains in England as The Live Coffee Company.

Why did you choose such a scheme? Was local production important to you?

Yes, coffee is like wine in terms of diversity of tastes. But like bread, it must be fresh. And to have it fresh, local roasting is needed. All ground coffee manufacturers are companies with local production as well as bakeries. As a rule, a local producer is the leader of the market. 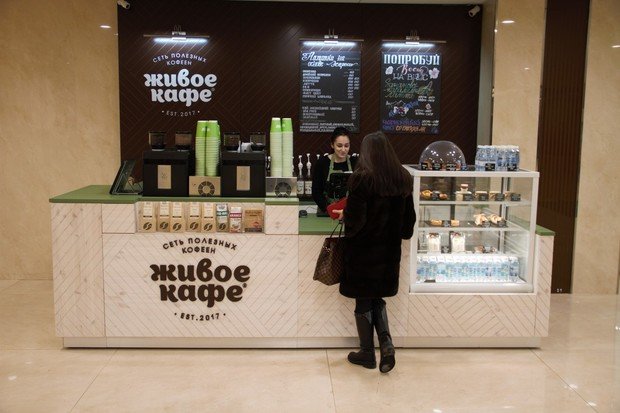 Yes, coffee shops are the main driver of grain coffee consumption growth in the country. We also started to work in this area and launched a chain of The Live Coffee shops, which also grows well and develops now

''Any devaluation is very perceptible to us''

What are the difficulties of running a coffee business in Russia?

Very close competition, only professionals survive. And one of the most serious problems is that our sphere doesn't have Russian quality equipment producers to make food. Wrapping equipment, roasting, a mill, capsule production line – we have to import it all, this is why any devaluation is very perceptible to us.

It means the currently weakening ruble will also influence you. Will you index your prices?

I think all food producers in our tea and coffee category will index their prices by 5-7% on average. The Russian economy is very import-dependent, this is why any local producer will have to index its products. As for growth paces and development, any devaluation makes us actively export and take advantage of a lower prime cost because we produce everything in Russia.

You already told about your short-term plans. What are your mid-term plans?

We plan quite a large-scale media campaign next year to increase the loyalty to The Live Coffee brand. We have a task to stress our peculiarity: The Live Coffee is beneficial, it's light roasting technologies that allow to conserve minerals and vitamins. The Live Coffee is the only coffee in its category included in healthy nutrition. It's our patent, and nobody can produce live coffee.

Who is your audience?

Statistically, 70% of our purchasers are women from 17 to 70 years.

Where does the idea of the start-up Green Ocean come from?

My childhood friend Vadim Manov hooked me on this story several years ago. The company develops, maybe not as fast as we'd like. But it's an international business. The company's office is in Holland, R&D is partly in Israel, the factory itself is in the Baltic area. The company produces high-tech sorbents that absorb oil, technical oils from any surfaces. It's an innovative solution in pollution elimination for emergency or small daily oil spill.

Does it mean you invested in the company but don't develop it?

Yes, I joined this company as a partner and I'm a minority shareholder. I don't deal with daily development and operation.

Are you a 100% owner of The Live Coffee Group of Companies? 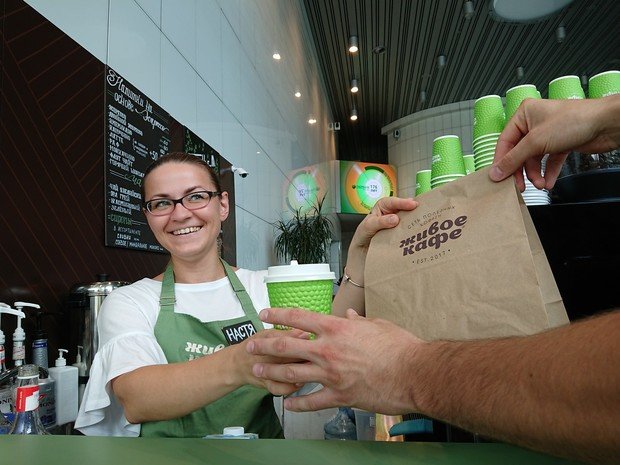 We have a task to stress our peculiarity: The Live Coffee is beneficial, it's light roasting technologies that allow to conserve minerals and vitamins

To collect impressions, not things

How do you spend your free time?

I try to travel. I'm the kind of person who prefers to collect impressions, not things.

Do you have a favourite place in the world?

No, every place has its peculiarity. I tell myself off for not having visited Kazan yet (laughing). I think it's a cardinal sin that I'm going to correct in the short run. Many friends come from there. A part of them moved to Moscow. Nevertheless, I've heard many times it's a beautiful city, special and very clean. And, by the way, Kazan will be one of the first cities we will go to in order to develop our coffee shops.