Microfinance organisations issued loans to the population ‘’before salary’’ at 26 billion rubles in the second quarter of 2018. Some of them — problem loans in the future

The volume of loans issued to the population ''before salary'' in the second quarter of 2018 has increased by almost a quarter, in some regions the increase reached 80-85%. At the same time, the debts of Russians to microfinance institutions (MFOs), according to Realnoe Vremya, are growing about three times faster than to banks. The reason is that people are looking for an easier way, and banks do not want to take unnecessary risks, experts explain.

In April-June 2018, Russians obtained ''loans before salary'' at 26,3 billion rubles — by 23,8% more than in the second quarter of last year (21,2 billion rubles). This was reported by the National Bureau of Credit Histories (NBCH), which analysed data from 3,000 microfinance institutions.

Like in the previous year, the largest volume of microloans was issued in Moscow (1,7 billion rubles), Moscow Oblast (1,1 billion) and Krasnodar Krai (888,2 million rubles). In general, the top 10 by the amount of loans included the same regions as a year earlier, but some of them have changed places. Rostov Oblast fell from the 4th place to the 6th, Bashkortostan rose from the 7th to the 5th, and Tatarstan — from the 10th to the 8th. The citizens took the least from MFOs in Omsk Oblast (268,9 million rubles), Udmurtia (272,9 million) and Yaroslavl Oblast (273 million).

The largest increase in lending ''before salary'' was recorded in Vladimir Oblast and Smolensk Oblast — by 85,4% and 79,9% year on year. Significant growth was also observed in Murmansk Oblast (67,5%), Belgorod Oblast (63,7%) and some other regions.

The NBCH quotes the words if its Director General Alexander Vikulin, who notes that the amounts of issued microloans continue to grow steadily, but more slowly than in bank unsecured lending. It is not clear yet whether it is really so. Meanwhile, the debts of Russians to MFOs are growing three times faster than to banks, Realnoe Vremya found out.

Almost the same gap was earlier. For example, in the second quarter of last year, the total volume of loans to individuals in the MFO sector increased by 9,9%, and by 2,9% — to banks. The exception was the third quarter of 2017, when the bank portfolio grew more than the portfolio of microfinance institutions: 4,3% against 2,7%. Then the NBCH noted that for microfinance organisations it had been the lowest dynamics since 2015. The reason for the slowdown, according to Vikulin, was the decline in the segment of loans ''before salary'' — the shortest and most expensive for borrowers. ''After a break of several years, many MFO borrowers returned to banks, which again became active in the retail lending market in 2017,'' the head of the NBCH said.

Meanwhile, bank consumer lending is also not standing still. The credit portfolio of the sector suffered greatly during the crisis, but since April 2017 it has been growing continuously. Over the past year, from 1 July 2017 to 1 July 2018, the volume of funds issued by banks to individuals increased by 18,9% to 13,3 trillion rubles.

The main thing that allows MFOs to stay ahead of banks is a higher risk appetite, says managing director of the National Rating Agency Pavel Samiev. The potential customer base of microfinance institutions is larger than that of banks, as banks are much more likely to deny customers a loan. ''Now there are MFOs associated with banks, and many of them are growing faster than their parent companies. Banks often redirect customers there themselves,'' he notes. Another reason is that in absolute terms the loan portfolio of microfinance companies is an order of magnitude less than the bank portfolio, with such small volumes the percentage change is usually large. 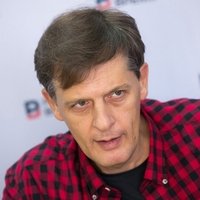 Expert of the State Duma Committee on financial markets Yan Art calls two more reasons. First, MFOs have cut rates recently and credit is becoming cheaper, although still ''remains monstrous''. Second, banks are reluctant to issue unsecured loans, thus pushing some people into microfinance institutions. Thus, Art says, there is a certain marginalization: ''I think this is not so good process. Most likely, a significant proportion of these loans are future problem loans. But our people with manic persistence continue to consume credit products without much analysis, without looking at the price — if only the conditions were simpler.''