Tatarstan's visit to Italy: agreement with Pirelli and the project of an Italian microdistrict in Kazan

Tatarstan and the Lombardy region are looking to start a close cooperation. It was stated in Milan where the delegation headed by President of Tatarstan Rustam Minnikhanov went with a working visit. The foreigners plan to build a plant for the production of bioplastics in the republic and an 'Italian' microdistrict. What designers they want to bring to the capital of Tatarstan and why Kazan and Milan should stick together — read in the material of Realnoe Vremya.

The district New Milan, the high-rise government building Palazzo Lombardia — here the working visit of Tatarstan delegation to Italy started. It started with a close for journalists meeting of Rustam Minnikhanov with the president of the region, and then it was the presentation of two projects that the Italians want to implement in the republic. The company Bio-on is developing a construction plan jointly with TAIF Group of the plant for the production of bioplastics. It wook six months of negotiations and preparation, and finally they presented the project to President of Tatarstan Rustam Minnikhanov.

Biodegradable plastic is made from natural products — sugar cane, potato peels or other agriculture wastes. From this material it is made a plastic that completely decomposes in soil. The idea is not new — bioplastics (PHA) was discovered already 100 years ago, but that time the idea was non-demanded.

''Products made from conventional plastic decompose in 200,000 years, but bioplastics is a natural material, therefore, other bacteria eat it like it was wood. Of course, to decompose, the product should be placed in soil,'' explained Vittorio Folla, Managing Director at Bio-On. The company Bio-on develops a construction plan jointly with TAIF Group of the plant for the production of bioplastics. Photo: sabatosera.it

Bioplastics are produced in Italy and the USA, in Russia there is no such production. The technology is simple, but there are difficulties in its industrial implementation, that is why when choosing a partner in Russia the Italians without hesitation proposed the idea to TAIF Group, which has extensive experience in implementing complex plants.

''We have known TAIF as a huge petrochemical complex and the company that in Europe has a big idea about innovation. It is open-minded, and besides, it already produces plastics. Tatarstan has several synergic conditions to generate this kind of project. We have already exchanged documentation with TAIF, signed some protocols to define the project. We are being on the stage of building the financing of the project. If everything goes according to the schedule, we can start the construction early next year. In twenty months, in two-year time, the plant should be on operation,'' managing director at Bio-on Vittorio Folla shared the plans with the correspondent of Realnoe Vremya.

''What do you think about the project, Albert Kashafovich?'' the president of Tatarstan asked Director General of TAIF PSC Albert Shigabutdinov.

Rustam Minnikhanov said that bioplastics was a promising direction and if TAIF decided to take on the project, the republic would support it. 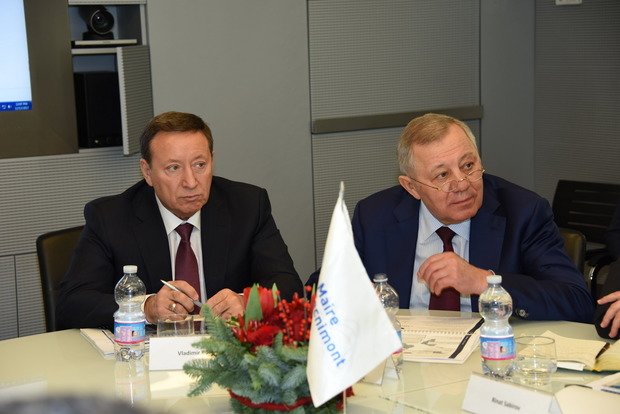 The second project, which was presented by the Italians, is the construction in Kazan of the residential complex 'Little Italy'. The microdistrict is supposed to be located close to the Regional Clinical Hospital and to include not only residential houses but also a school, office buildings and a shopping center.

''The megamall will attract many Italian companies that will sell their own products. Yes, Italian products are expensive, but it is if you look at top names such as Gucci, Dolce & Gabbana. But you have to remember that there is also high-quality middle class. We want to offer goods at very reasonable prices, we want to sell products, not names,'' representative of the company CCC Dimitri Economides explained to the correspondent of Realnoe Vremya.

The company CCC is engaged in construction in many countries, but in Russia it has implemented only one project — about 25 years ago they built a residential house and offices in Moscow. Now the company wants to work more actively in the Russian market, and the starting point can become the construction of 'Little Italy' together with TAIF Group.

''We want to start with the construction of the microdistrict, and then return to the oil and gas sector. We want to work closely with TAIF Group, it is a very professional, reputable company that is well known abroad,'' Dimitri Economides continued. The microdistrict 'Little Italy' is supposed to be located close to the Regional Clinical Hospital and to include not only residential houses but also a school, office buildings and a shopping center

President of Tatarstan approved the project and said that it was chosen one of the most attractive from the point of view of ecology and geography place.

''Strategically it is very important for the city that such complexes existed at the entrance to the city. The problem is that every morning everyone goes to the centre and back in the evening. If we do not unload the centre, it will be very busy. In the project it is proposed complex development of the territory – school, housing. This is what is needed and part of our strategy,'' Rustam Minnikhanov approved.

A new agreement of Nizhnekamskneftekhim and Pirelli

Another company that has long been working closely with Tatarstan is the tire group Pirelli. It is one of the main buyers of synthetic rubber of Nizhnekamskneftekhim for the production of automobile tires.

''We have passed a long way since the 2000s. We started with small volumes, and today Pirelli is the company No. 1 in the purchase of synthetic rubber. If earlier we had two types of rubber, now it is the gamma of seven types of rubber that meet the requirements of Pirelli,'' Vladimir Busygin, a member of the Board of Directors, said.

''I thank you for cooperation, technological efforts that you have made,'' Marco Tronchetti Provera, CEO at Pirelli, said.

The company is looking to cooperate further — the parties signed a new agreement after a business meeting in the castle Pirelli. The document provides the supply of synthetic rubber for the next 5 years. The Italian concern is also working with the plant Nizhnekamskshina, which produces tires by Pirelli technology. 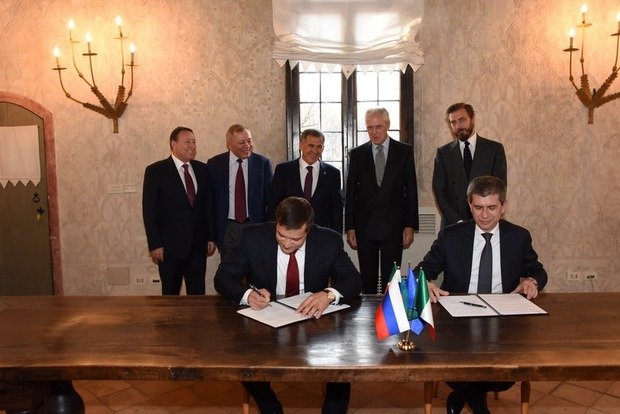 
''I have been impressed by your engineering center, now I understand why Pirelli is so successful. Now I understand that we (Nizhnekamskshina — editor's note) do what you can do, and you — what it is needed. It is the difference, although the wheels are also round, they are the same. There are many subtleties that should be considered,'' President of Tatarstan Rustam Minnikhanov said.

A large part of the visit to Milan was devoted to business development, including Tatarstan is ready to cooperate in the field of media business. The broadcasting company Novy Vek has started construction of a new television and radio complex, and to this end, the Tatarstan delegation visited the television centre Mediaset. It is the largest private media company — 11 free and 20 paid channels. It owns 60% of the television advertising market with the annual turnover of more than 3 billion euros. Everything is equipped with the latest technology. The Tatarstan delegation was shown the news block, sports studio, programme production block, equipment.

''We have agreed with the management of the company Mediaset that I will send here an expert group who will look at those technological solutions that have been applied here. They are interesting. The Italians said the correct phrase, ''Look at everything here because it is better to learn from the mistakes of others than on your own.'' Therefore, our group will come here. They have a huge multi-channel production, and we're going to engage in this,'' director general of the broadcasting company TNV Ilshat Aminov said.

''We want to produce goods in Russia and create joint ventures''

Not only large companies want to cooperate with Tatarstan, medium and small Italian businesses are also looking to develop the work. Because of the sanctions, the trade turnover between the countries fell, and only this year it has started to increase again. The Italians say they want to return to the level of economic relations which Russia and Italy had before the 'sanction war'. They see the way out in cooperation between regions, particularly between Tatarstan and the region of Lombardy. This region, which capital is Milan, is the most industrial part of Italy. For example, last year the region accounted for 22% of the total GDP of the country. In Milan, there are 90 enterprises with a turnover of more than a billion euros. For comparison, in Munich, the capital of the richest region of Germany, there are 61 such enterprises, in Stuttgart — 28, and in Barcelona even less. 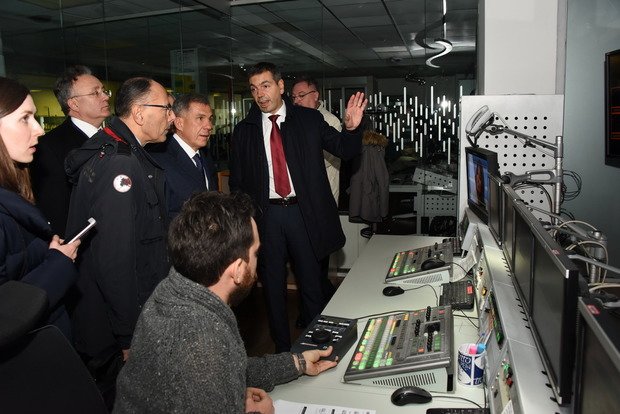 ''Petrochemistry and engineering industries are well developed in Tatarstan, these are the areas we want to work in. We will develop plans for investments and will support large businesses, but we must not forget about small and medium ones as well. Our entrepreneurs say they want to work in Russia. The competition continues to evolve, the Germans and the French continue to win the majority of the Russian territory, we do not want to continue to lose it. We are interested in productions in Russia and exports, opening production facilities, establishing joint ventures, like our German competitors,'' said Ernesto Ferl.

Rustam Minnikhanov said that the interest was mutual — the republic was interested in the involvement of the Italian business and ready to assist.