Ngapeth and Anderson definitely win León. But Perugia still has a chance

Details of the first part of León’s battle against Kazan

León against Kazan, Kazan against León. These two headline games have been key matches in European volleyball this season. Perugia, undoubtedly, was the favourite in the Italian part of the series, while the best player in the world Wilfredo León predicted the day before the game how many aces he could send to the court of his former club mates, particularly Alexey Verbov. In the end, the thriller match lasted for 2,5 hours, León had no ace though became the best attacker. However, people on the other side of the net became the main heroes. Realnoe Vremya writes about how Vladimir Alekno and Co conquered Italy and why now it will be easier for León to show off in the return match in Kazan.

Cuban Wilfredo León aka Phenomenon played in Kazan for four seasons – from 2014 to 2018. During this time, Zenit never lost in the Champions League final, while León constantly had feat after feat, not to mention his series of serves in the fifth set of the final against Civitanova one year ago. After that, he cried and said goodbye to the Kazan audience – to go back to the Tatarstan capital a year later in a bright T-shirt with a devil on the chest, on the shoulders, on the thighs. The Devils are the second name of Perugia that was splashed out on the best player in the world and offered him a two-year contract.

''I live in a very beautiful place with rich history,'' León told Zenit-Kazan's camera crew members before the match. ''I think the Kazan club is receiving better this season than the previous years. The attack is as good as it was. It will be a final game for me personally. It's not a semi-final but a final. My team has prepared for it well.''

The day before the game, León warmly welcomed all his ex-club maters. Except, Ngapeth, of course. Wilfredo didn't see him in Kazan, as the Frenchman occupied the seat of foreigner after León's departure.

''I am seriously primed. You will be fucked up,'' the Cuban remembered Russian swear words on camera. ''I will have 21 serves in the match. I will have seven aces.''

''How many for me?'' libero and playing coach of Zenit Alexey Verbov asked León. 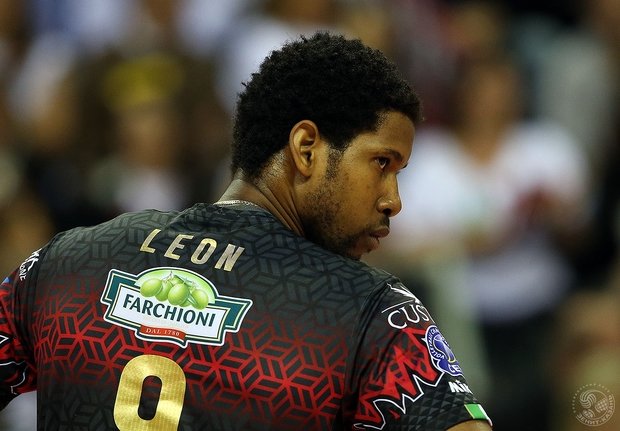 Wilfredo León: ''I am seriously primed''

Alekno: ''We will give León carte blanche, might enjoy''

The tickets to the match in Toscana were sold out a long time ago, their price varied from €35 to €135. Perugia's hall is quite an old arena Pala Barton with a capacity of 5,300 spectators. León promised an unbelievable atmosphere, and he didn't lie. The support that León felt in Kazan only in Basket Hall in the Final Four a year ago at best was perceived through the TV screen. Now Wilfredo is playing in such an atmosphere every week.

As the clubs had agreed, the team's training sessions were open, fans could easily come in.

''No problem, I think it's cool,'' the Kazan team's coach Vladimir Alekno said before the game. ''It's a different culture. As for the hall itself, it's a bit dark, though I don't think it will make an impact during the game. Speaking about León, he doesn't need to be additionally introduced. He is a team building player but can decide the outcome of any match on his own. How are we going to stop him? We will give him carte blanche, might enjoy.''

Undoubtedly, Alekno was joking. Because the first rallies of the match showed that Zenit was almost in perfect shape in terms of tactics. But León had problems from the very beginning. The serve didn't work, first of all. Going ahead we will say that the Cuban player served 19 times in five sets, make eight mistakes and didn't perform an ace! Verbov and other players receiving from Wilfredo definitely won the duel in reception. 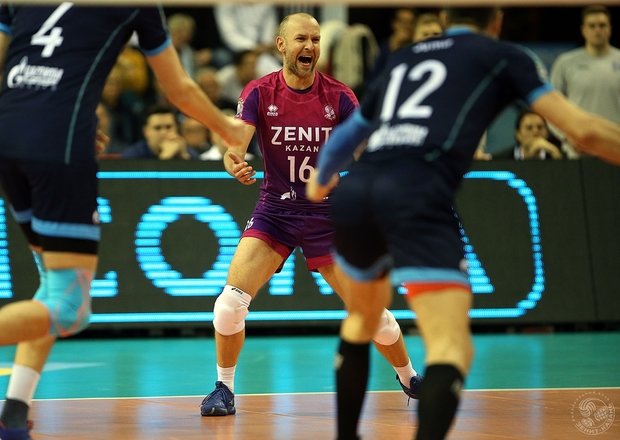 The first set was very even and ended 25-22 in favour of Zenit only thanks to a more confident game in block and Ngapeth's phenomenal game in defence. The attack should be mentioned separately. In the beginning, the Kazan players showed cosmic numbers for such a level – 80% of successful attacks. But Perugia also showed high 68%.

All this data indicated that not the attack would be the key factor in this match. So was it. Though León hit from a habitual height, the game in defence was the key moment. Earvin Ngapeth managed to do a lot on the Italian court. The French player was also reliable in reception (he had 32 receives, showed great numbers of ideal and positive transition of the ball), he was also good in attack – 57% isn't great but at least good for such a match.

American Matthew Anderson came to help where Ngapeth didn't manage to score. Zenit experts and fans already got used to the fact that opposite hitter Maxim Mikhailov is the main power at the Kazan club. But many forget that it's Anderson who hasn't failed key matches in six years of his career at Zenit. In a decisive moment, Matt has always assumed the responsibility of playing next to the net and made his club mates glad. Same Mikhailov isn't made of iron and often failed in decisive moments (though less in the last years). In Italy, Max scored 15 points and had 38% of successful attacks. Anderson had 20 points and 83% (15 in 18 attacks). This is phenomenal numbers for a Champions League semi-final. The American failed only in reception making six mistakes though had four blocks (two of which were on a tiebreak). 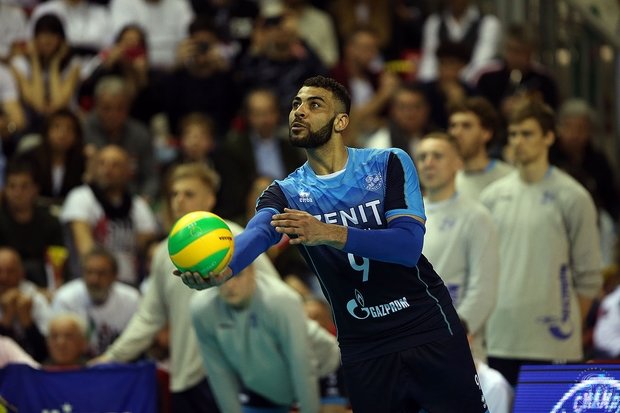 León's promise to play in Kazan?

Zenit was amazing in the second set holding the lead from 18-21 and reaching 24-24. This all was done by Ngapeth in serve who took on León's functions who had been performing them in Kazan for four years. In the end, the French player began to serve even more than the Cuban – 20 times, made just two mistakes and had four aces. In fact, he walloped León in this respect, and Wilfredo's pre-match promises remained a joke as well as Alekno's promise to give the Cuban carte blanche.

Though León did what he had promised – he became the best attacker with 25 points. In fact, he won a set for his club. But the moment that both clubs scored points in Italy is important now in this opposition. That's to say, the possibility of a golden set is reducing. Though in the quarter-final, Gdańsk also played after a defeat at home and leaded 2-0 in Kazan in sets, won the match but lost the additional tiebreak.

Opposite hitter Aleksandar Atanasijević from the Italian team had an excellent match. He hasn't played well at meetings with the Kazan club in the last years, but now we have every reason to believe that the Serbian will show off on Zenit's court as well. Having lost the match 2-3, Perugia was more accurate in attack than its rival (60% against 56%) but completely lost in block (12-6 in favour of Kazan).

An episode on a tiebreak can be called the key moment when Ngapeth illustratively won León. But not in attack as it usually happens in volleyball but in defence – here the French player probably has no equals in the world right now. With the score 8-7 in favour of the hosts, León was going to serve – he served like a cannon. It seemed the ace was inevitable, but Ngapeth's phenomenal save allowed to keep the ball in the game and play then in block. Earvin caught the ball in the advertising billboards, scratched a thigh and the belly and simultaneously turned over one of the laptops on the table. Samoylenko supported his partner's efforts and was accurate in block making the score 8-8. With 10-8 in favour of Perugia and considering that León remained in serve, it would be a trouble for Zenit to catch up with the rival in the short set. The French player played the rest of the match wrinkling – the accident with the billboard made an impact.

Zenit confidently won (15-13), and now everything will be decided in a week in the return game in the capital of Tatarstan. The irony is that the Kazan Volleyball Centre's court is closer for León than the Italian one. There is foundation to suppose his serve will be successful this time.