The 33rd Nuriyev Festival opened in the M. Jalil Tatar Opera and Ballet Theatre. This year it will have a mini-format and includes six ballets, two of which will be performed by guests from Saint Petersburg. Read in Realnoe Vremya’s report about the life-changing staging and key to fame, questionable authorship and lost sheet music.

To stage La Bayadère and die

Ludwig Minkus’s La Bayadère ballet has been adorning the poster of the Nuriyev Festival for many years. The case is that it is a milestone ballet in Rudolf Nuriyev’s art. For the first time on the Paris stage, it appeared in Shadows, an unusual and touching part of the ballet. It was in May 1961, shortly before the famous “jump to freedom”. La Bayadère became Nuriyev’s last work as a choreographer. In 1992, he staged the play on the same stage. Then, ill and too skinny, he appeared in front of the audience as Molière when bowing. In a tailcoat, with a red scarf on his shoulder, he thanked the spectators with bows as Isabelle Guérin, Laurent Hilaire and Élisabeth Platel who performed the main roles were holding him. Everybody understood that Rudolf Nuriyev stepped on the stage for the last time. He passed away three months later.

La Bayadère ballet by Ludwig Minkus is one of the brightest Russian ballets that harmonically unites classicism and romanticism. Matylda Krzesińska shone as main character Nikiya, and this party became a “golden key” for Anna Pavlova that opened doors to fame and big ballet.

The fate of the ballet isn’t easy either. It is still unknown who was the author of the libretto. The composition was created by three geniuses of the time at once — choreographer of the Russian imperial company Marius Petipa and dramaturg S. Khudekov basing on ancient Indian poet Kalidasa’s drama and Goethe’s The God and The Bayadere ballade. Later, Petipa denied that Khudekov wrote the libretto. The imperial court’s composer Ludwig Minkus became the third person in this company. La Bayadère is considered to be his best composition.

It is noteworthy that the ballet, which already was long from the very beginning, was created in 1900 in four acts. However, during a flood in the 1920s, some decorations of the fourth act and sheet music got lost. The play has been staged in three acts since then. The notes were later found in archives of the Mariinsky Theatre, but it is uneasy to see the original staging in four acts today.

Also, every director added his ideas to the ballet. It gradually obtained colourful national dances, the costumes began to include a turban and sari, while materials at hand were needed for a transition to the kingdom of dreams... This is how Rudolf Nuriyev made several scenes brighter.

Back to the history of ballet, we can’t say that La Bayadère is one of the oldest ballets in the Kazan theatre. It was staged in 1962 by Ninel Yultyeva. The ex-prima ballerina graduated from the Leningrad Conservatory as choreographer to become the homeland’s main choreographer of the Jalil theatre.

“I wouldn’t refuse the antidote”

At the opening of the 33rd Nuriyev Festival, soloist of the Moscow Stanislavsky and Nemirovich-Danchenko Theatre Oksana Kardash performed the main role. She isn’t tall, very thin, with long thin arms and huge eyes, she was weightless down in Solor’s arms, her love.

“We had few rehearsals, but the interest in the play is bigger, self-sacrifice is greater. I love the Nuriyev Festival as well as Kazan. Your city is especially amazing in winter — I see it during this season for the first time because we usually come to you to perform in May. In our theatre, the play’s choreography is a bit different, but in any case, I will note that Nikiya’s role is though my favourite but very uneasy. It is also important for me not to do something wrong, I have to do other movements in the other staging to the same music. It is very easy to get lost,” the prima ballerina admitted with a smile.

In the play, her character is poisoned by her opponent almost at the beginning. But then she had to dance her own shadow and soul her love meets at the end. It is interesting that though the heroine knows she dies from a snake’s poison refuses to take the antidote from the hands of the Brahmin. When dying, she makes Solor swear he will love her and be loyal.

“Would I refuse the medicine if this story happens to me nowadays? Given the circumstances, no, of course,” Oksana Kardash honestly answered Realnoe Vremya’s provocative question.

“I don’t want to copy even the genius”

Principal dancer of the Mariinsky Theatre, Korean-born Kimin Kim performed the main male character Solor. The artist didn’t talk with the press — he had already warmed up and preferred to stay in the dressing room. However, he received Realnoe Vremya’s correspondent while the dresser was fitting the costume on him.

Kimin Kim has been dancing in the Mariinsky Theatre since 2012, he has been the principal ballet dancer since 2015. The laureate of Dance Soul prestigious international award honestly admitted that La Bayadère was the dearest ballet for him. However, he didn’t manage to accurately characterise his hero — if he is a naive young man who fell in love or a cunning traitor. But not because his Russian is bad:

“It is hard for me to say in words what I do in a dance. Yes, I know that Rudolf Nuriyev himself appreciate the role of Solor. There are a lot of records of this artist’s dances, I often watch them again and again. When I was just studying, I often copied my idol, but now I already can create the characters of my heroes despite everybody, authority and rules,” the Korean artist said.

The Nuriyev Festival has had a lot of changes this year. Firstly, it might have not been held due to COVID-19. However, the management of the republic decided to host the festival but on a smaller scale, with few people and in masks. Its poster has only six plays, moreover, two of them are performed by guests. The Kremlin Ballet theatre will bring Ruslan and Lyudmila ballet to M. Glinka and V. Agafonnikov’s music to Kazan, while the play Anna Karenina to P. Tchaikovsky’s music by Boris Eifman’s ballet theatre from Saint Petersburg will close the festival. The guests will show their ballets in two evenings in a row, so the festival will last for eight evenings in total. By the way, the guests’ plays will be performed to recorded music.

Art Director of the M. Jalil Tatar Ballet Theatre Vladimir Yakovlev noted that it was tough for him to single out something bright and unusual:

“Might it sound shameless, but every performance this year is special. We had to refuse the traditional invitation of foreign guests to the festival, but we anyway have foreign artists. However, it is only those who work and live in Russia, for instance, Kimin Kim in La Bayadère, while Jacopo Tissi and Marc Chino will perform in the Swan Lake. The artists of our theatre are performing Shurale ballet to Farid Yarullin’s music”. 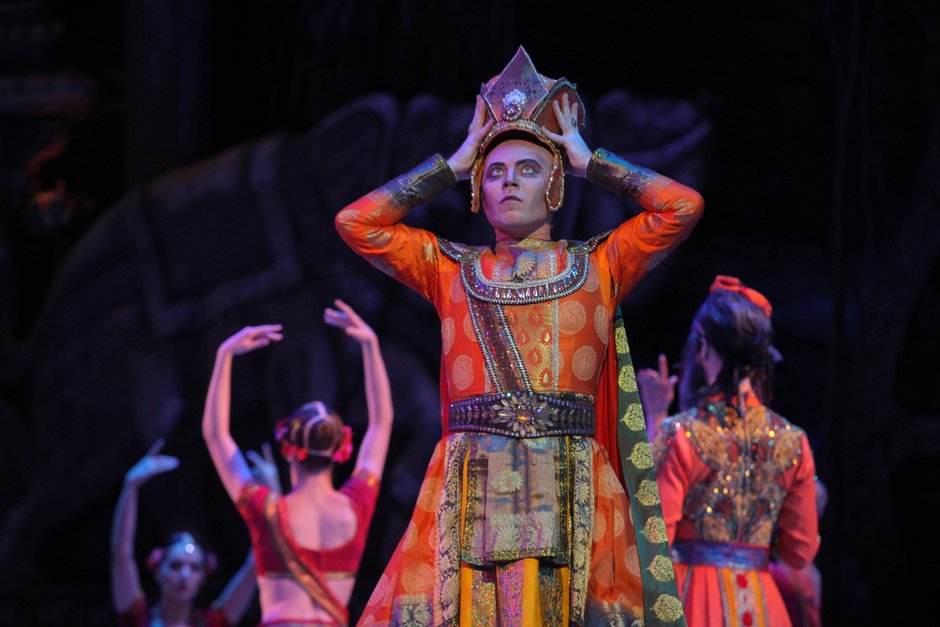