In January, inflation in Russia has jumped far beyond the Central Bank's expectations. When food prices surge, baked goods are usually in demand, as they allow to fill stomachs on a budget. However, Russian bakers are also concerned about rising prices, expecting their consumers to feel the pinch.

Russian bakers are feeling the squeeze, as the costs of key ingredients have risen sharply in recent months, says The Moscow Times. Last year, the cost of sugar and eggs grew by around 28% and 26% respectively, while grains and flour added from 7% to 20%. Economists consider a poor harvest, ruble devaluation and rising oil prices resulting in higher transport costs to be the root causes of the problem.

Moreover, a recent hike in value added tax (VAT) from 18% to 20% made inflation jump beyond the Central Bank's expectations in the first two weeks of 2019. The price of flour increased by 2,6%, and prices overall added nearly 1%. Chief economist for Russia at Nordea Bank Tatiana Yevdokimova said that this year's VAT increase has been the key shock that affected practically everything.

Vladimir Anshakov, who owns a bakery on the northeastern outskirts of Moscow, said he lost between 15% and 20% of profits over the final months of 2018 because of drastic increases in food prices. The baker has not raised his prices so far, but the latest inflation spike is forcing him to increase them by 5-7%. ''I held out for two years, but now I really have to,'' he said. ''My customers aren't wealthy, so it's going to hurt them. When I raised the price of my bread by two rubles ($0,03) the last time, I heard from customers for months.'' 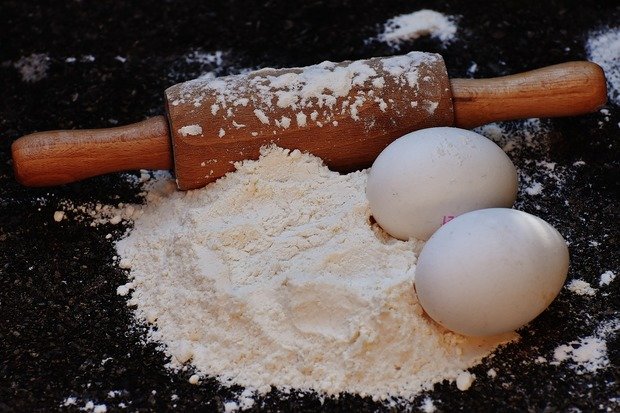 Last year, the cost of sugar and eggs grew by around 28% and 26% respectively, while grains and flour added from 7% to 20%. Photo: Alexas_Fotos

According to Maria Kudryashova, a consultant working primarily with bakeries in Moscow, the industry is suffering nationwide. ''It's an unpleasant moment,'' she said. ''Anytime prices rise, it's painful.'' Food historian Olga Syutkina considers that bread and pastry price growth will especially hurt people with low income, which make up a significant chunk of the population. ''And so it is namely them that rising prices will hit the hardest,'' she said. Premium consumers also notice the changes, as people's real incomes are stagnant, claims Yaroslav Komarevtsev, the deputy general director of Bread & Co, a Moscow-based high-end chain. ''So even for the premium consumer, a price rise of 5-10 rubles is sensitive,'' he says.

However, Komarevtsev acknowledges that crises can spur growth to a certain degree. For example, the ban on foreign products spurred creativity and innovation among local producers. The entrepreneur is going to assess the company's business model in the summer when demand for his products is at its lowest.